A Progressive Stability for Iran? 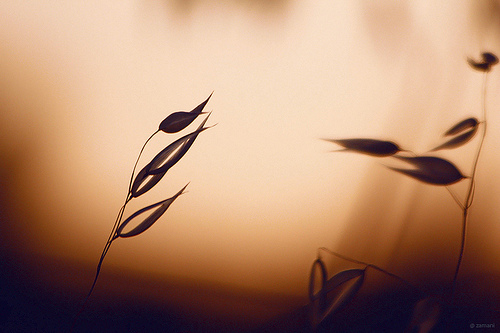 President Barack Obama has won a victory- only temporary, perhaps- as the a new bill calling for stricter sanctions against Iran, the “Nuclear Weapon Free Iran Act of 2013” has stalled in the U.S. Senate amidst recent opposition by Democrats and major newspapers.

Although the bill, put forward by the powerful American Israel Public Affairs Committee (AIPAC), has 59 co-sponsors, Democratic opposition to the bill has grown considerably, with the president threatening a veto if the bill passes. Opposition to the bill stems from a fear that further sanctions will stall progress of Iran’s rapprochement with the United States.

November’s Joint Plan of Action (JPA) between the Islamic Republic and permanent members of the UN Security Council, plus Germany (P5+1) calls for the easing of economic sanctions imposed against Iran, which has severely affected its economy. In exchange, Iran will freeze its nuclear program, effectively reducing Iran’s ability to create an atomic bomb. The agreement will take effect on January 20th.

While Obama has pledged his mission to prevent Iran from making a bomb through any means, peaceful talks have been a gift to him, as he, along with Washington policy makers and the public, do not desire another military engagement in the Middle East. However, Iran claims it does not want to build a bomb, but is looking to develop a civilian nuclear program. An atomic bomb would give Iran an edge in its region, where it wishes to be a key player. Israel fears Iran’s rise, a hostile country, and with a bomb in Tehran’s hands, Iran will have more leverage in the region. Israel, which has a nuclear arsenal, fears Iran becoming an aggressive player in the region, which will surely happen with the brokering power of a nuclear weapon. However, as an October report by the Chatham House reports, Iran will continue on a path of pragmatism in its foreign policy decisions. Iran is a stabilising force in the region, and Hassan Rouhani will not follow a path that will lead to further damage to his nation; he will continue to seek rapprochement with the West.

Although the final agreement will allow for some uranium enrichment for a civilian nuclear program, Israeli Prime Minister Benjamin Netanyahu demands Iran’s entire nuclear capability to be dismantled. The Israeli lobby, powerful in the United States, will not back down from a fight to achieve this goal, and thus the call for further sanctions has grown stronger.

The bill would implement new sanctions if Iran fails to follow the accord’s agreements, and sanctions would become effective if any ballistic missiles are launched from the country. The bill also calls for Washington to provide military aid if Israel is to take any self-defensive measures against Iran’s nuclear program. The bill seems to be a hawkish cry from the Israeli government and its powerful lobby in the United States for war. The bill has the outright signs of Israeli involvement in the American government, and its push to create aggressive tensions with Iran, rather than facilitate any reconciliation between Iran and the United States, which would thaw relations and progress towards peace.

The bill will not result in Iran’s denuclearisation, but move the United States further towards war with Iran. The bill may serve as a catalyst for war, but it is important to realise this dangerous conflict with Iran has been developing the past few decades-a conflict the U.S. has been preparing for. Compared to previous bills, this bill may prove a catalysing force, as it could truly thaw relations, a development that Israel is lobbying ferociously against. The U.S. wishes to destabilise the nation in support for its allies and self-interest. Iran is following a pragmatic foreign policy, losing interest in Assad’s regime and engaging with its neighbours, including Turkey. Hassan Rouhani ‘s recent tweets about talks with Turkey to further ties, stating the Syrian situation was “devastating” and that both countries believe “only the Syrian people must decide about their country’s future.”  It would be in the interest of all to allow Iran to engage with the world, but the U.S. is aiming to halt this progress.

The United States has been given a historic and challenging opportunity to thaw relations with Iran, and must not allow the Israel lobby’s bill to pass, in order to allow for negotiations to follow through, which would benefit all parties. If war breaks out between the two nations, it would prove a destabilising force in the Middle East, a region already marred by dangerous conflict due to the legacy of the West’s intervention. America must tread carefully for this challenging foreign policy manoeuvre, or face further destabilisation in the region.