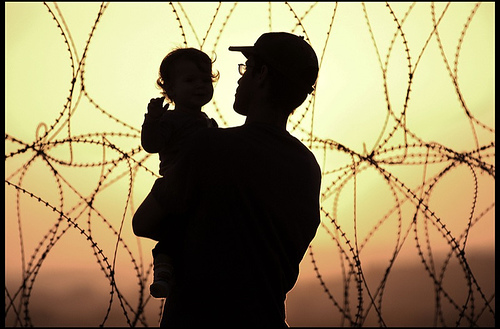 Five years imprisonment. This could be the price Xu Zhinyong, human rights activist, lawyer and founder of the New Citizens Movements, might have to pay for his bravery. A few days ago, in Babaoshan, a trial began in order to charge Xu Zhinyong for gathering people to disrupt public order. This is a troubled period for the Chinese Government. In January, the news of the Party’s oligarchy tax evasion swept through the world. The Chinese authorities, which are not new to the iron hand, banned and blocked international all internet websites, but the damage had been done. Over his humanitarian actions, Xu Zhinyong asked several times the Regime’s members to record their assets.

Moreover the activist Xu Zhinyong and his group were fighting for Rights for every citizens. Therefore, the decision to getting rid of them and the captures. Avoiding the risk of a further harmful campaign, yesterday the courthouse was closed to journalists. Security and police outside blocked reporters. The accused and his lawyer, Mr. Zhang, decided to protest by remaining silent for the whole session. Zang later told Agence France-Press “We don’t want to take part in a piece of theater, we were not actors, we can’t act”. Earlier, Zang Xu told to the media that Court was unfair, which rejected and restricted all the five required witnesses. Xu Zhinyong’s trial is just the last case in which The Chinese Government has acted strongly towards activists. Before him many others, like the 2010 Nobel Prize winner Lu Xiabo, who was convicted to 11 years imprisonment.

It seems that In China, people claiming a right to have respectable standards of living and exercising their freedom of expression are quickly silenced. Citizens have claimed that Their family, children included, have been put under house arrest and their lawyers threatened, fired, and many times charged themselves. In 2005, the blind legal adviser Chen Guangcheng was convicted to house arrest, after he claimed that Shandong authorities forced abortion on women. In 2012, he escaped to the USA, but his wife, Yuan Weijing, continues to be oppressed by The Police. In the same year, Guangcheng’s nephew, Chen Kegui, was put in prison, where he is still languishing. The Government have refused a family application seeking medical parole for him.

Chen Kegui’s nightmare is the same as many other silent detained civilians are not allowed to tell. There have been reports of Torture, drugging and malnutrition.

In the technological era of the 21st century, it is simply unacceptable that people fighting for their freedom have to undergo this. Every human being deserves the Respect of fundamental rights such as having access to real information, freedom of expression, to create a family, to have health care and a free education. If in 2014 this is not a privilege of someone, it means we need to reconsider the degree of progress we have reached. These are not problems far away from us. Word “globalization” cannot be used just for advantages. Being a world community means working to create a better place in which our future generations can live. Of course, human beings are more important than petroleum or richness, but I’m asking myself if our Governments know it.

No end in sight for Thailand's latest political crisis

No end in sight for Thailand's latest political crisis