The C.A.R Conflict: Yet Another Crisis To Be Ignored? 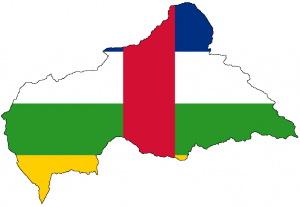 A chronic history of violence and violation of human rights? Check. International community standing idly by on the pretence it is doing all it can? Check. The crisis is situated in the heart of Africa? Check. It seems that in light of the ongoing turmoil and chaos that marks the humanitarian crisis in the Central African Republic, this is likely to be another situation where the pleas for help will fall on deaf ears. In spite of the fact that UN human rights officials have warned that many thousands have been killed so far, 750,000 forced out from their homes amid reports of rape and mutilation, little has been done to alleviate the suffering of these citizens. The Secretary-General has declared that the situation in CAR has reached ‘epic proportions’ and requires immediate, collective action. The UN, the Human Rights Watch and the International Rescue Committee have all published reports documenting the widespread atrocities taking place in the country. The UN has reported that approximately 6,000 child soldiers have been forced into battle. Our promises of ‘never again’, never shall we witness another massacre on the scale of Rwanda (1994) again, have fallen flat. Not that this is very surprising. Such rhetoric as ‘never again’ is easy to spout, but difficult to back in practice. The developing crisis in CAR symbolizes more than ever the need for reform of the UN and its decision-making policies. To prevent another ‘Rwanda’ from happening ever again, we need to radically change our behaviour, and not simply hope for the best. Action does speak louder than words, and it is action that we must take.

Central African Republic has had a history characterized by poverty, conflict and political instability since its independence from French colonialism in 1960. What followed was three decades of rule by military governments, plagued by unrest and violence. In 1993 civil government was established under President Ange-Felix Patasse, until he was overthrown in March 2003 in a military coup led by General Francois Bozize, who in turn established a transitional government. The roots of the current crisis can be traced back to the Central African Republic Bush War which began with the rebel group, Union of Democratic Forces for Unity (UFDR), led by Michael Djotodia, against President Bozize seizing control of the country in 2003. Other rebel groups were also involved in the conflict, including the People’s Army for the Restoration of Democracy, the Movement of Central African Liberators for Justice and the Union of Republic Forces, as well as others. More than 10,000 people were displaced because of this conflict, which lasted from 2004 to 2007. Many peace agreements were signed to attempt to find a solution for peace. The current turmoil occurring in the country today stems from accusations by the rebel groups of Bozize failing honour these peace accords. Bozize fled the country in March 2013, following ten years of rule. A rebel faction, known as Seleka, made of various rebel groups, has captured many parts of Central African Republic throughout the year of 2013. Fighting has ensued between Seleka and Bozize supporters, with fears that this might end in genocide. Religious overtones mark the violence, with Seleka supporters being largely Muslim and Bozize supporters, Christian. Although, Michael Djotodia, leader of UFDR, a rebel group under the Seleka umbrella, suggests otherwise. Arguing instead, that this is a matter over natural resources and not one over faith.

The only thing that can be said for certain, is that more has to be done by the international community to relieve the pain and suffering of the people of the Central African Republic. Despite, the elections earlier this month of Catherine Samba-Panza as the new Head of State of the Transition, there is still a long way to go before peace is restored to the region. What the people of the Central African Republic need now is action, not more empty rhetoric.