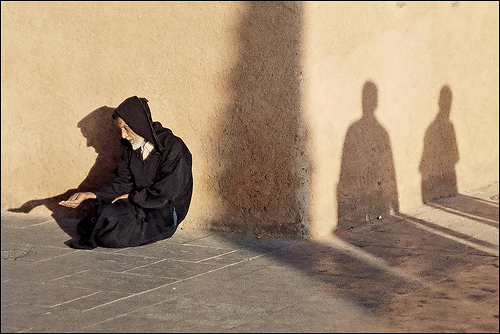 Africa – perennially a victim of colonialism, poverty, disease and war – is a region finally seeing the development boasted by the emerging markets in Asian and Latin America. While instability and conflict still remain (currently in South Sudan and the Central African Republic), as a whole the continent is rapidly evolving economically, politically and structurally. Democracy spreads; ethnic violence abates. The new African century is filled with promise.

The chief patron to this progress is China. The strong Sino-African relationship is one of the most defining economic aspects of today’s world. In 2000, Chinese trade with Africa amounted to $10bn. In 2012, trade surpassed the $200bn mark. It is easy to see the benefits of Chinese investment for the continent; infrastructure, fiscal stimulation and employment have unequivocally bettered numerous local lives. However, it seems unlikely that there is an element of magnanimity involved, despite suggestions to the contrary from Beijing.

China’s key motive does not arouse debate. A country that enjoys the sort of growth that China does needs to be constantly fed resources. Africa’s untilled arable land, oil and minerals are essential for China to conserve its own economic self-determination (and thus maintain the legitimacy and fulfill the promises of the communist regime). Its own rapid development, still largely based on industrial exports, would falter without access to a heap of cheap materials. Furthermore, as China moves to a developed and socialist economy, wages have to increase. A new source of cheap labour is required. That’s where Africa comes in.

Despite this rather transparent fact, there remains a darker side to the inter-continental trade. Although the finance may have helped some, it has come at cost. China is completely indifferent to the national politics of the recipients of its investment. A human rights attachment on a trade deal is not likely to be seen. Rather to the contrary, Mugabe, al-Bashir, et al. can count on a large sums of Chinese cash to spend on whatever they desire (often weapons – used internally for the preservation of the regime, not for national defence). In return, the Chinese can take the country’s raw metals for a below market price. You see how that might not be in the people’s best interest.

A system whereby China provides low-interest loans to an African nation to build bridges, roads and dams is complicated when Chinese firms and labour are the contracted beneficiaries. This infrastructure then facilitates the expropriation of minerals, which couldn’t otherwise be done, while giving the appearance of a benevolent gesture and validating the authorities. Although the society may benefit tangibly, it is China that gets the best deal.

China’s soft-power over Africa can see these quid pro quos used more cunningly than merely for resources. African states hold 54 seats at the UN (and WTO) – a formidable chunk of the 193 – and China’s leverage over these votes can be of great geopolitical use. UNSC or Human Rights Council sessions can be flung in Beijing’s favour with the support of the African bloc, that often, but not always, votes in unison. One example might be vetoing the ambitious application of their arch-foe, Japan, for a seat on the UNSC. If that issue were ever tabled, the fact that China funded the new African Union headquarters in Ethiopia would not necessarily be irrelevant.

China’s African adventure has not gone unnoticed. Japan, herself dependent on external resources, has started investing too. Right now as Japanese Prime Minister Shinzo Abe begins talks in the Ivory Coast, the Chinese Foreign Minister Wang Yi is up the road in Senegal. A ‘great game’ in Africa using proxies and soft power could add an extra dimension to the rising tensions between the rivals. As Africa stabilizes and opens for business, the Asian super-economies will be there with large cheques. The key question is whether this competition over investment will better the African condition, or whether this foreign power will simply breed the kind of tension and corruption the bloc has only recently managed to start putting behind it.

The C.A.R Conflict: Yet Another Crisis To Be Ignored?