Australia Day – is there really anything to celebrate? The Truth behind the Facade 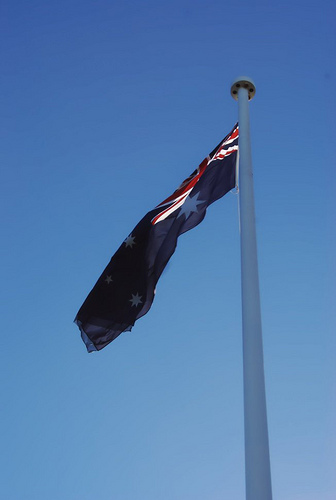 Australia Day. Celebrated this year on Monday 27th January, it is an annual bank holiday where Australians commemorate the establishment of the first European settlement at Port Jackson, now in Sydney, in 1788. In addition to this there are citizenship ceremonies, where people who have applied for citizenship can take the final step and make the compulsory Australian citizenship pledge.

Celebrations take the form of anything from barbeques on the beach to concerts to pie eating contests. The main image of Australia Day seen across the globe was of a unified nation, rejoicing in the day of their ‘founding’, waving their flags in pride. However, despite these happy images, not all were celebrating, as seen in the large Invasion Day marches to Musgrave Park in the South of Australia. But why the marches? Why is this not a joyous day of celebration for all Australians? A quick look into the origins and history of Australia Day helps answer this question.

Funnily enough, I have been delayed in writing this article due to the research I needed to do in order to address this issue properly, with the history of the European settlers ultimately resulting in the destruction of indigenous populations, not being at the forefront of the official websites’ information pages. This in itself proves interesting, as it reflects the wide failure by many to acknowledge that the ‘discovery’, and I use this term loosely, of Australia, came at the price of the brutal persecution of the indigenous people of Australia, those of Aboriginal and Torres Strait Islander decent. Thus for many of the native people of Australia, Australia Day, or as they often refer to it ‘Invasion Day’ ‘Mourning Day’ and even ‘Survival Day’, represents a day of sorrow and repression as the histories of their persecuted ancestors are remembered.

But what actually happened? To be honest, I do not feel I can do the history of European settlement and the repression of the native people much justice in this article, however, I will provide a short explanation in hope that maybe you will take the time to read more on the issue.

On the initial arrival of European settlers, in order to conquer and rule the land there were widespread massacres of the indigenous people of Australia. They were also disposed of their land and homes, sent to prison camps and subject to countless other atrocities as they resisted the imposition of the colonisation of their homeland. They were pushed out of their schools, denied their civil rights and treated like second-class citizens in their own home, with their race and culture being seen as inferior, and used to openly discriminate against them. Not only were these people brutally slaughtered and pushed into poverty at the hands of the ‘founders’ of the land, but many families were torn apart from the late 1800s to as late as the 1970s. This was because many aboriginal children were forcibly removed from their homes and sent to institutions or adopted by non-indigenous families at the hands of the Australian Federal and State government agencies.

The ‘stolen generation’, as they are now commonly known, were removed from their families under the rationale that Aboriginal children were supposedly subject to risk and disadvantage if left in their own communities and thus, felt these removals were necessary in order to improve their life chances. The reality of it was entirely different. This was an attempt to inescapably expose these children to ‘Anglo values’ and progressively stop the culture of Aboriginal people being passed on to future generations.

What makes these crimes even more unsettling is that the effects of this persecution are still prevalent in Australian society today. These, now ethnic groups, being subject to such discrimination has resulted in them making up most of the poorer and most disjointed sectors of today’s Australian population, living on the fringes of their own society. Even the indigenous Australians life expectancy is, on average, 20 years less than other Australians, with organisations like Oxfam having to intervene and work with indigenous Australians to improve their health and wellbeing.

So, with the globally broadcast image of Australia Day being happy, unified citizens of Australia enjoying a day of barbeques, concerts and other fun activities, with the history of its origins in mind, is it about time the people of Australia redefined Australia Day? And are these acts of celebration simply masking over the oppression and persecution of indigenous populations at the hands of European settlers, glorifying the atrocities that came as a result of colonial discovery? Read more into its history and judge for yourself.