Controversy seems to surround whether or not Michael Gove’s school reforms are deserving of an A grade and whether or not he is ‘on track for later success’ as he is hoping for the student population of Britain.

Earlier this month in a speech given by Gove at the London Academy of Excellence in Stratford, he set forth the government’s plans to raise both teaching standards, and thus, the performance of students:

“This government has set tougher minimum standards for schools. We’ve made GCSEs more rigorous and insisted that every school ensures at least 40% of its students get at least 5 good GCSEs including English and Maths, and keep up with expected progress measures…And as we’ve made those minimum standards tougher, so the number of schools falling below them has dropped dramatically. In 2010, when we came to power, there were 407 secondary schools falling below the 40% mark. Last year the number was 195, and this year it’s fallen further to just 154”.

He went on to reveal the merits of the introduction of more academies in Britain:

“Results show that sponsored academies are improving more quickly than other state-funded schools. And that’s against a backdrop of teaching improving across the board. Overall, Ofsted’s impartial inspectors report that schools improved faster last year than at any time in Ofsted’s history. This is a significant achievement – making a huge impact on children’s lives, all over the country. And the people we need to thank for this are the nation’s teachers.” 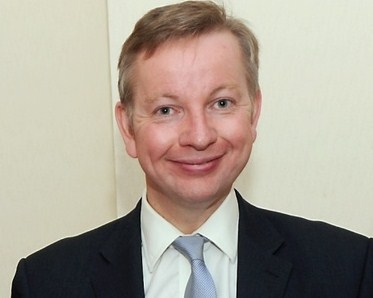 One of Gove’s main goals seems to be to bridge the gap between private and state schools (raising standards in state schools to that of private schools). His most radical idea so far has been his 10-hour school day proposal. It is clear his intentions are to better the academic status of young people in Britain, which in the long run of course will benefit students when looking for a job in the future, producing a domino effect on the economic system with more qualified people finding jobs. This of course could also backfire and make it even more difficult to find jobs especially in traditional sectors such as medicine and law where there is already fierce competition for jobs as many people are fully qualified.

It is clear that Britain’s performance by students in comparison to other countries in Europe has fallen, thus, Gove is pushing Britain to strive for excellence academically by advocating more tests and an emphasis on discipline in state schools. What he fails to take into account are the students with strengths in other fields. Students that are less academically focused or underperform could of course have skills directing towards the arts and can still succeed in these types of industries, so it raises questions as to why they should they be penalised for something they are less able to excel in. Tables on the National pupil database show that in the academic year 2006/7 progress tests in year 7 were stopped for 11 year olds which it can be argued is the age group Gove needs to focus on in order to better their chances of achieving higher GCSE grades in Maths, English and the Sciences in the future.

For those with an artistic and more create skill set there needs to be an appraisal, thus the 30% cut in funding for performing arts of course ignores those that are not necessarily striving for a wholly traditionally academic career path.

One may be right in asserting that Michael Gove’s proposals reveal an elitist attitude in assuming that all students that do not excel in traditional subjects such as mathematics are automatically worse off and will be unable to find a job, ignoring the fact that some hold creative talents. However, being a student myself who achieved an A grade in GCSE mathematics (which according to Gove’s proposal means I would not have had to continue Maths post 16) the continuation of Maths may have benefited me as there is a tendency for young people to merely study in order to pass an exam and completely forget everything they have learnt in that subject following exams. So if there is to be a continuation of Mathematics and English, there should be a more practical approach to Maths (post 16) aiding directly with life skills in order to give all pupils and not just those that fail to achieve at least Grade C an incentive to continue studying Maths and English, especially as there are many concepts that are learnt in GCSE Mathematics that will not factor in a lot of young people’s working life. According to the Department of Education in 2012, 285,000 pupils left secondary school aged 16 without a C or higher in GCSE English and Maths, by the age of 19, 255,000 still did not have a grade C or higher in GCSE English and Maths which supports the idea that this proposal needs to be reformed in such a way that will push students to tackle more practical concepts focused on life skills.

The CPPC - An Irish independent movement

Vladimir Putin answered journalists’ questions on the situation in Ukraine

Vladimir Putin answered journalists’ questions on the situation in Ukraine