Cuba struggles to retain its brightest and best despite unprecedented reform 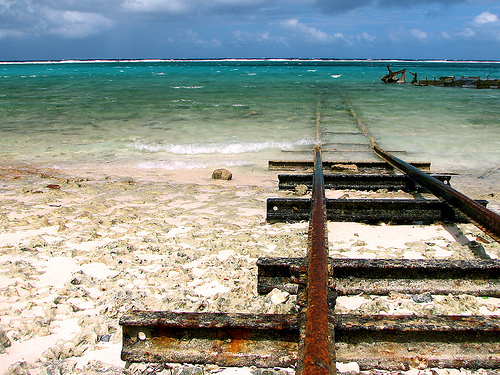 Cuba is a country in transition. For the first time in more than half a century, the communist island finds itself on the cusp of all-encompassing economic, social and political change. As the Castro brothers play their final hand (octogenarian President Raul Castro has promised to retire at the end of his current term), we find an ambitious and hopeful population. But we also find a country seemingly unable to plug a brain drain of young professionals. This worrying exodus threatens to impede the country’s ability to build the ambitious future it hopes for.

The mainstream media often describe Cuba as a “1950s time warp”. However, in recent years there have been a raft of radical reforms aimed at dragging the country into the 21st century. Cubans are now permitted to purchase computers, video games and mobile phones. They’re able to buy and sell cars and houses. They’re even permitted and encouraged to open small businesses. Arguably the most important reform was enacted a year ago when it was announced that most Cubans could come and go from the island without government permission. These reforms would have been unthinkable until very recent times. Perhaps the most telling development came in January, as the country inaugurated a $957 million (£577 million) super port in Havana (the largest and most advanced in the region). The port has been primarily financed by Brazil and will serve as a Chinese style “special economic development zone” (effectively a bastion of capitalism in communist Cuba!). It seems that the revolution has finally embraced capitalist principles as never before.

Oscar, 29, is one of the country’s brightest graduates. Highly educated, he has a first class undergraduate and masters degree in Geography from the country’s leading university. He’s fluent in three languages, and works for one of Cuba’s most prestigious research institutes in Havana. But despite his impressive intellect and qualifications, his monthly salary amounts to a measly $20 or £12 (not enough to support himself for a week, let alone a month). The days of overly generous benefits and handouts from the state are largely over. Whilst professional salaries have not significantly increased since President Raul Castro assumed power in 2008, a series of reforms have worked to roll back the generosity of the welfare state. Many struggling Cubans feel as if the “socialist contract” has been broken, and find themselves struggling to survive in increasingly expensive cities like Havana.

Oscar loves his country, but like many of his generation, he has become disillusioned by the lack of opportunity it provides for graduates. Whilst young professionals such as teachers, doctors or lawyers typically work in state institutions (earning an average monthly salary of $20 or £12 a month). Those driving taxi’s or waiting tables have direct access to the “hard currency” provided by tourism and are able to earn the same amount in a day. Oscar has dreamt of starting a new life elsewhere for many years. He finally saw a glimmer of hope a year ago when the government abolished the need to secure an exit visa (permission to leave the island). The visa had been extremely difficult, overly bureaucratic and expensive to procure. Now, all Cubans need is a passport and an entry visa to the country of their choice. Since the abolishment of the deeply unpopular exit visa, there has been a marked increase in highly educated Cubans departing the island (many permanently). The number leaving hasn’t been greater since the rafter crisis of 1994 (which saw tens of thousands take advantage of a government amnesty to leave aboard flimsy rafts,  homemade boats or whatever they could find). Whilst the current exodus can’t  be compared to that. The departure of such valuable human capital is leaving a serious void in society.

Millions of Cubans dream of starting a new life elsewhere, but relatively few ever realise their dream. Oscar is one of the lucky ones, next week he’ll be leaving to start a new life in Uruguay. His education and experience made securing a Uruguayan visa easier than most. He explains that “getting the visa was quite easy. The price was just $41 (£25), then I just needed to complete some bureaucratic steps (not too many) and show a letter of invitation from a friend in Uruguay. It was the first time I have ever applied for a visa!”.

Oscar is tired of waiting to see what may or may not happen next. Whilst he is optimistic about his country’s future, he has many reservations. He complains that “it will take years to change people’s mentalities, to try to recover the lost time”. He argues that whilst he would prefer to live in his country, he seeks to take advantage of his still relatively young age and explains that “I don’t want to be here (in Cuba) in my 40s or 50s complaining about the things I could have done”.

Contrary to popular belief, the overwhelming majority of migrating Cubans do so for economic rather than political reasons these days. Most Cuban graduates find themselves “allocated” jobs by their government. They inevitably find themselves working in an overly bureaucratic and under resourced office, full of demotivated and woefully underpaid colleagues. The Cuban government absolutely must find a way of incorporating a generation that feel under-represented, disengaged and detached by a prevailing system which has been governed,  largely, by the same people since 1959.

Oscar will soon be in Uruguay, and as his country lurches towards reform, he (like many of his generation) finds himself taking advantage of what he describes as a “golden opportunity” to test himself as a “professional, working in a real job, earning a real wage, neither pretending to work nor pretending to receive a salary”.

War Children: The unfortunate lives of children born to conflict