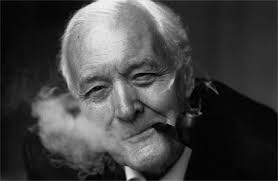 Tony Benn died today at his home, his family have said. He was, and will be, seen as the last great advocate of a true labour movement in British political life to date. A fierce advocate of social justice, at home and abroad, he will be sorely missed by many who prefer substance to style.

Anthony Benn served in the Royal Air force during the Second World War, and in 1947 was elected President of the Oxford Union. In 1950, at the young age of 25, he won a by-election as a Labour candidate for Bristol South, continuing a career in Parliament for the next 50 years.

Upon the death of his father, he was a peer for three years, and became the first Lord to renounce his title, in order to sit in the House of Commons. He became a great asset to Wilson’s government in the 1960’s as a front bench minister, and in a lesser known history warned Harold Wilson of a plot to topple him as leader in the late 1960s.

No doubt there will be criticisms of Mr Benn, as the most consistent and consistently outspoken anti-Thatcherite figure in the Labour movement. Joe Haines, who was chief press secretary to Harold Wilson’s 2nd government in the 1970’s said “He symbolised the sort of left-wing nuttiness that nearly destroyed the Labour Party in the late 1970s and early 80s”.

After losing his seat in Parliament in 1983 due to boundary changes, he went on to win the Chesterfield by-election in 1984. Of his many memorable moments standing in opposition to the Conservative government in the 1980’s was his criticism of the “entrepreneurial society that has focused on the city news”. He was fiercely against the privatisation of utilities under Thatcher, which he described as “being built by the labour of those who work in electricity, paid for by the tax payer, to be auctioned off for half their price in order to make a tax cut for the rich”.

“And when we look back at the 1980s we will see many victims of market forces. I do not share the general view that market forces are the basis of political liberty. Every time I see a person in a cardboard box in London, I say that person is a victim of market forces”.

He stood in Parliament until 2001 when he became head of the Stop the War Coalition. This is perhaps what some younger people will remember Mr Benn for, and his outspoken opposition to the war started by his former party proved he was a man of great conviction.

Among the many respects made by public figures, Gordon Brown said he was a “powerful, fearless, relentless advocate for people’s rights”. What can be said, and what will remain true, is that Britain has collectively lost one of the last Political figures that stood for something despite the power that came with elected office. Tony Benn believed in ideas, and was rare in a modern sense for just that – in his words “I would be ashamed if I ever said anything I didn’t believe in, to get on personally”.

Among many the many things Tony Benn represents, democracy – and the importance of restraining power – was among the most important. As he famously put it “ask the powerful five questions: What power have you got? Where did you get it from? In whose interests do you exercise it? To whom are you accountable? How can we get rid of you?

Only democracy gives us that right. That is why no-one with power likes democracy and that is why every generation must struggle to win it and keep it; including you and me, here and now”

And that is what we should do to honour the memory.