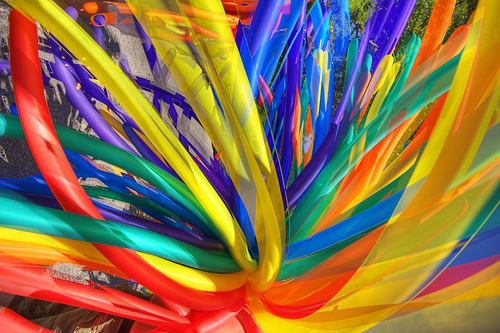 I have always admired Ellen Page. She is not your typical Hollywood actress that conforms to the ridiculous set of expectations that come with being a woman in such a male dominated industry.  She’s not one to shy away from matters of substance such as feminism and capitalism either (because you know, women don’t always have to talk about make up and designer clothes). Over the past couple of days however, my admiration for her has sky rocketed, she truly is an inspiration.

Speaking at a Human Rights Campaign Foundation Conference on Valentine’s Day, the actress came out as gay in an extremely emotional and heart warming speech. “I am here today because I am gay” she exclaimed, “I am tired of lying by omission”. To be coming out during the prime of her career has been seen by many as brave and indeed it is, not only is Page opening up to the whole world about her sexuality, she is doing so in a climate that still remains unfavourable to such announcements. Despite the warm reception Page received after her declaration, fears do still exist that coming out could damage one’s acting career. In fact, the openly gay actor Richard Chamberlain in an interview with The Advocate had previously warned fellow gay actors to avoid coming out because of the lack of universal acceptance for their sexual orientations. “I wouldn’t advise a gay leading man-type actor to come out,” he stated.

Richard Chamberlain’s comments point to the fact that gays are still treated as different, and are thus ultimately constrained within this environment. Yes, over the last decade huge political gains have been made across the West on this issue. In the United States, seventeen states have legalised gay marriage, whilst President Obama-arguably the most powerful and influential man in the world- announced his support for same-sex marriage in the run up to the 2012 election. Moreover, in Europe, nine countries (soon to be ten to include the UK) have legally recognised same sex marriage. Indeed, it was quite a moment when the Conservative- led government in the UK passed the Marriage (Same-Sex Couples) Act last year.  To see a Conservative Prime Minister champion this bill through parliament was quite extraordinary, such an act ten years ago would have been considered electoral suicide.

Nevertheless, despite the progress that is being made across the Western world, such fears by figures such as Chamberlain are not irrational. We may think of ourselves as tolerant and liberal minded, yet in reality, the discrimination of the LGBT community continues to occur across the job market. A study conducted by the Williams Institute on Sexual Orientation Law and Public Policy in 2011 found that in the United States, fifteen to forty three percent of gay and transgender workers stated that they had been discriminated against at work. Additionally, ninety percent of transgender individuals stated that they had experienced a form of harassment while at work. Similarly, back home in the UK, the gay lobby group Stonewall, in a report in 2008 found that one in five LGBT people had suffered bullying at work. Such statistics highlight the sad truth about the huge problems the LGBT community faces-they are constantly marginalised for not conforming to the dominant heterosexual norms of society. These figures also show how we cannot afford to be complacent about this issue; much more needs to be done to guarantee the equal status of members of the LGBT community.

In reality, the gay community is still categorised by many as ‘the other’– even in countries such as the UK where they have been granted political and legal rights. Such attitudes are not necessarily overt but emerge on the surface from time to time, highlighting the prejudice many have for people who do not fit the traditional gender roles society ascribes for them. Quite often this bigotry is cloaked in religious beliefs; take for instance my local MP Matthew Offord who voted against same-sex marriage in the UK. During a debate on the bill he argued that not only was it an attack on religion, but that this bill would also “allow the introduction of polygamous marriages”. Never mind how illogical his argument is, equating equal rights for minority groups with polygamy is not only stupid but also extremely offensive. More recently, UKIP Councillor David Silvester attributed the cause of the UK’s bad weather on same-sex marriage. This law was against the Gospel he argued. How dare those gays cause havoc by being granted equal rights eh? People may have scoffed at such comments, yet they point to the fact that the LGBT community continues to face stigmatisation.

Ultimately, the West has still got quite a lot of work to do until it can call itself a champion of gay rights. The first decade of the twenty first century has seen huge, positive, progressive changes but we aren’t quite there yet. The day when coming out won’t be necessary because it won’t be seen as challenging the norm will be the day we know the job has been achieved.