Surrogacy- an intervention against nature? 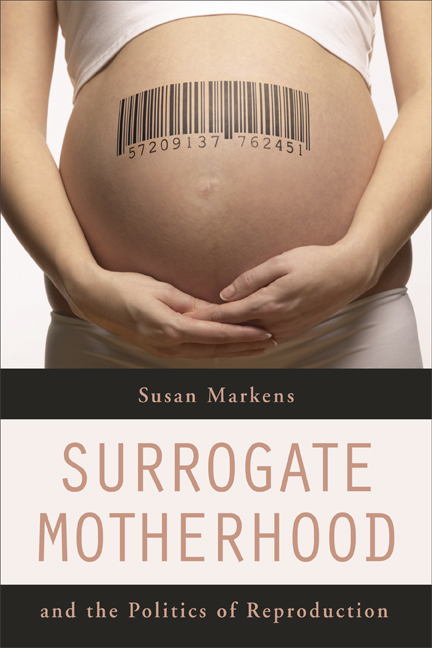 The essential grounding of reproduction for the existence among each of us does not require further explanation; yet what if giving birth becomes a question? What if procreation does not arise from nature, but portrays an act against nature? Should nature always be granted the final word?

The laws of surrogacy vary from one country to another: whereas carrying somebody else’s infant is possible in the UK, it remains a legal loophole in Luxembourg and illegal in Germany. However, one does not need to cross the borders to be confronted with diverse opinions; with the most controversial viewpoints within a country itself, surrogacy remains a delicate topic.

There are two types of surrogacy: gestational and traditional surrogacy. The first one refers to women who solely carry the child for intended parents, meaning that the fertility of the latter is not an impediment. In other words, the mother’s egg and father’s sperm can be used. The fertilization is completed through In Vitro, to be transplanted afterwards to the surrogate mother’s uterus. Concerning the traditional surrogacy, the surrogate mother does not only function as “ human incubator” but also as egg donor. In that regard, the child and the surrogate mother will be genetically connected.

According to the Surrogacy Arrangements Act of 1985, it still remains illegal in the UK to make money out of it. In fact, the contracts between intended parents and the surrogacy mothers are not enforced by the UK law and solely reasonable expenses are legal. In that regard, the mother of the child remains the woman who is carrying and giving birth to the infant, unless she has signed a contract assigning the legal parentage to the designated parents. However, she possesses as long the right to keep the child as she has not agreed to sign.

Thus why do the laws of surrogacy so drastically differ from one country to another? Banning this medical intervention usually runs along with the dignity of the surrogate mother. One of the most famous and discussed examples for this argument remains Nicole Kidman’s statement about the surrogate mother conceiving her baby, by calling her a “carrier”. On an emotional basis, the women fulfilling the job of surrogacy need to find themselves in a tough state of mind to cope with what follows the birth of the child. An essential part of society therefore believes that the emotional union established between the embryo and the mother cannot be avoided during pregnancy and their separation would trigger serious psychological issues. Moreover, her job might have a significant impact on her private life in terms of costs and health, as well as in terms of family. Especially when raising her own children, it would somehow symbolize a chaotic and dissonant family life to nourish their own children along with another couple’s one.

However, can surrogacy really be categorized as a job, or does it embody much more in relation to compassion and understanding for our fellow men and women? If we focus on the intended parents’s point of view, it certainly does in most cases. If medical progress has opened so many doors to society, why should the medical support of procreation remain shut? If the possibilities exist to enable a couple to rear their own children, why should we deprive those people from happiness? Furthermore, depending on the country, the couple has to investigate a lot of effort to become parents at last, implying that once they get the legal parentage they might treasure their parenthood to its full extent. Not to mention that their child might originally derive out from an accident is entirely to be excluded and their decision of parenthood needs to be firmly entrenched.

Once and for all, I cannot ignore the hypocrisy within the argument that surrogacy implies an intervention against nature and should therefore be banned in today’s society. In fact, in a community where plastic surgery begins to play a leading role, I cannot comprehend how giving birth should be subordinate to an idealization of beauty. In terms of femininity, I would suggest the fact of being deprived from giving birth a more degrading factor than the cup size.
After all, does not every woman deserve to become a mother?