A Memo On Combat Drones By Dmitry Tamoikin

There has been much discussion about combat drones, with some calling them bad while others claim they are a force for good. In this short memo I want to give an unbiased, realistic outlook on what combat drones are, where this technology is going, and how to use them responsibly.

Unmanned combat vehicles, or drones, are an irreversible technology that will only continue to develop, becoming increasingly more sophisticated, capable, precise, and in the hands of the military – lethal. All nations that are able to build them will do so without reservation or delay, a fact that everyone must accept. The race for the most advanced drones is really just beginning, and in this age of technology they are fast becoming an essential tool for every military institution. This is neither good nor bad.

From a technological point of view it is beneficial since more advanced technology, especially in the fields of aviation, robotics, and transportation, will have many constructive uses in our society. WWII, as horrific as it was, brought about and accelerated the development of many useful technologies that we now enjoy. The use of drones by the military is no different and in the age of technology is fast becoming an essential tool for every military institution.

That said, combat drones demand a very high level of responsibility as they permit operators to perform their jobs, physically and psychologically, in a location very distant from the battlefield. This increases the likelihood of possible abuse of this technology and allows an operator to play “fast and loose” with lethal arsenal. Due to this distancing from the area of operation and without physical assessment of the aftermath, the pilots, commanders, and the highest levels of government are highly prone to using drones on more occasions than they would otherwise. This results in excessive collateral damage including civilian causalities which turns the effected population, that otherwise would not do so, against the user nation. Therefore, the implementation of drones alone over other tactics or the use of drones without an “on the ground” damage assessment may create more enemies than such weapon destroys. What are the solutions to these problems?

The chain of command, from the Commander in Chief to the pilot executing the order, must be thoroughly informed about the target, the strategy in the region, and the risks as well as the outcomes that are to be achieved. All analysis should be done for long and short term outcomes. If any of the objectives are not, or cannot be met, then the strategy must be corrected immediately. The general objective of any military should be: eliminate the enemy, prevent enemy reinforcements, and gain the support of the local non-combatants. Drones partially allow the military to do that, however for this strategy to be effective drones strikes must be:

The above guidelines can be summarised into one sentence that must be at the core of any long-term strategy that involves the use of combat drones. “The goal of all drone strikes is the elimination of enemy combatants with absolute minimal civilian and collateral damage.”

To accomplish this, all strikes must be accompanied by highly effective on the ground humanitarian efforts such as medical support, plentiful food and water supply, infrastructure and housing development, educational programs, and all other supportive actions that are necessary to win the “hearts and minds” in the area / country of operation.

In the event of human casualties and severe collateral damage, these efforts must be doubled. All combat strikes must be followed by strong “nation building” efforts in order to show the population that they are not the target. Furthermore, because drones are predominantly used in third world countries, it is the effected population and not the local government, which in almost all cases is highly corrupt, that must receive the bulk of all humanitarian support.

Without the above mentioned assistance, which should be considered as the cost of waging drone warfare, these strikes will prove ineffective as a long-term strategy. Such attacks will create more enemies than they eliminate. Enemies that one day will start using drones themselves.

PS: I invite everyone to have a pragmatic discussion on this subject so we can all learn from one another. You comments are more than welcomed. 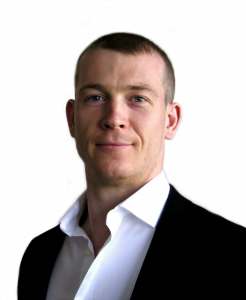 We must educate our conscience