As the president of an art fund that specializes in investing I’m often asked this question:

“What can young adults, university students or someone who isn’t thinking about their retirement yet, invest in that is affordable, interesting and above all will generate substantial profit quickly?”

By the title of this article you might have guessed my answer. That’s right, Soviet gold and silver jewelry as well as collectibles from the USSR are one of the best things that the younger generation can invest their hard earned money in. Why you would ask? Well, let’s start from the beginning.

First, we need to face the reality, most young adults especially in this economy, do not have more that $100-1000 extra dollars to spare, some do don’t have even that. If we use let’s say, $200 as our minimum investment budget, naturally a question comes up: “What can I invest in that will not freeze my money forever and will give me profit in one year or less?”

To many – the answer is nothing, so they simply give up on investing as a way to make money. This is where Soviet jewelry market surprises a lot of people. A person can actually buy Soviet silver collectible for $50 dollars or less and within a year sell it back with substantial profit. Few art or investment markets can say that, and yet this is the reality of Soviet gold and silver jewelry market. These assets are appreciating fast, that’s a fact. Soviet silver items especially, have been growing in value very quickly over the past few years, and thus are my personal favourite at the moment. In 2012 you could easily buy various Soviet silver collectibles for $15-25, now you can’t, because they cost $50-80, and this trend will only continue. Here is another example – on average, silver bracelets from USSR, just over the past year have grown in value by more than 250% [www.sovietjewelry.com/news/category/then-now]. That means, if last year you bought a Soviet silver bracelet for $50 dollars on eBay, today you can sell that item for $175 or more! That’s not a bad return on investment, especially if you bought several of them. The fact of the matter is – all Soviet silver over the past year has tremendously grown in price, from rings and earrings to bracelets and silverware. That’s what is so great about this market, the growth is happening universally across the entire spectrum of different collectibles items. Yes, there are certain USSR jewelry items that are growing in value faster than others but overall, after studying this market since 2007, we are seeing a major rise on prices on every single Soviet silver item out there.

This brings me to the second point – you do not need to be an expert in USSR jewelry, history, collecting, gold trading and so forth. Within a day or two you can learn all the basics about Soviet gold and silver that you will need to make money on this market. Just visit our website [www.sovietjewelry.com] which will get you started. There is a lot of interesting free information there, so don’t wait, learn about this unique market as soon as possible.

My third point brings me to Soviet gold jewelry. There is a reason why I opened with Soviet silver, it is much more affordable and percentage-wise is growing just as much as gold from USSR. That said, Soviet gold collectibles are where the big money is.

Naturally they require more initial capital to invest in, but the return per item is equally larger. Currently you can buy Soviet gold jewelry for as low as $200-600 per item (which is still well within the budget of a young adult) or as high as $1000-$4000, something that more and more professional art investors are doing. When this type of an asset begins to double, triple and quadruple in value – you feel it. A $600 that turns into $2400 is substantial return on investment for a student. Now, to be fair, when it comes to Soviet gold, this may not happen in one year every time, since it all depends on the market conditions and the asset itself, but within two or three years you may see even higher price growth than this on almost all Soviet gold jewelry and collectibles.

How is this possible? There are many factors to this, but the two primary once are: 1) Soviet gold and silver jewelry is a new art market and many investors are rushing to take advantage of it while the prices still relatively low; 2) This is a fixed supply market, meaning what ever Soviet gold and silver was made between 1922 and 1991, that is all that we will ever have. As demand outweighs the supply, prices will raise exponentially. Keep in mind that fakes and forgeries have not entered this market either, at the moment, which is a very positive and highly appealing indicator for a lot of collectors and investors. A safe art market is a very attractive one, after all.

My last point and the most important question of all is where to buy, and more importantly sell, these items. The answer is simple – eBay or any other online auction, store or trading platform. Currently eBay is the number one hub for all buyers and sellers so I’m sure the computer-savvy young online shoppers will appreciate this fact. To make it easy for you to buy and sell your Soviet jewelry we created special links, in the form of buttons, which will take you directly to best gold and silver jewelry available for sale on eBay. You can find these links on our site here: www.sovietjewelry.com/home

I would like to end this article with another story. It is written in a sprit of civil disobedience, public discourse and a strive for financial freedom from the big governments and multinational corporations that have taken control of virtually all markets on the planet.

SOVIET JEWELRY A FREE PUBLIC INVESTMENT MARKET – With the start of the Soviet Jewelry project we unveiled to the world a new free public market.

When it became evident that most financial markets are controlled by special interest groups, who were largely to blame for the Global Financial Crisis [2008-2011], the idea to create a free public investment market was born! Soviet Gold and Silver Jewelry turned out to be a perfect commodity for this market, while latest innovations in information sharing technology [online auctions, social media and search engines] provided an ideal marketplace for this unique commodity to thrive. The Soviet Jewelry Market can now match in professionalism and sophistication such well established markets as Stocks, Forex and Gold Bullion. In addition, Soviet Gold and Silver Jewelry market is completely free from Big Governments and Large Special Interest Groups. It is a market where buyers and sellers work together for mutual benefit. Above all, it is a market where collectors, small and medium investors as well as average folks in general, profit first!

HOW IT WORKS: In this unique gold and silver market there is no management. It is up to each individual seller to set their sales price. The people as a global community of buyers and sellers are the ones that set the overall market prices. There are no government regulations. With social media it is the same people who have the complete power in advertising this unique commodity. Corporations have little say in this market and thus do not find it appealing. That’s why it works! That’s why Gold Bullion, a very heavily regulated commodity, grew 170% at best [over last 5 years], while Soviet Gold, a totally unregulated commodity, grew [in the last 4 years] more than 300% at worst! And while gold bullion market is cooling-down, Soviet Gold is heating-up! Every investor and collector should hear this important message. Soviet Gold is that same gold bullion but with additional value-making characteristics and with no government regulations. No regulations – means only one thing – bigger and faster value growth! This market is highly profitable and totally independent! 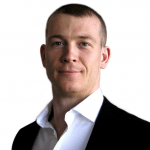 Well-being and Work: Killing us softly

Financial crisis: A blessing in disguise for the green economy?

Financial crisis: A blessing in disguise for the green economy?