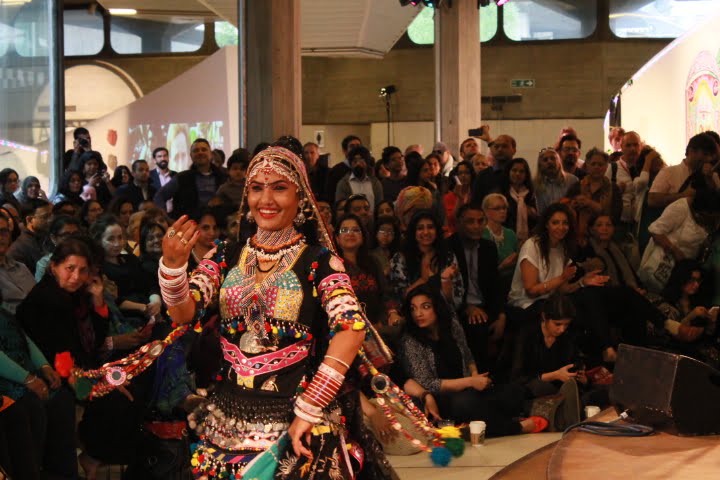 A Rajasthani dancer at the Jaipur Literature Festival in Southbank livens up the evening.
Photo credit: Indraja Gugle

Those who have been to the Jaipur Literature Festival in Rajasthan’s ‘pink city’ will describe it as a literary pilgrimage, an epiphany through words, a dose of worldly learning to inspire them throughout the year. Having made the journey myself two years ago and missing it last year, it was a blessing to have JLF come to me – to London Southbank.

A five-day affair in Jaipur making it one of the largest literary festivals in the world, the second edition of JLF Southbank packs in great literature and intellectual debates on contemporary issues in just two days. The Royal Festival Hall has been transformed to look like a vintage India – an Indian street with tailors’ shops and bills and slogans on walls surrounded by Bollywood posters and other trinkets. 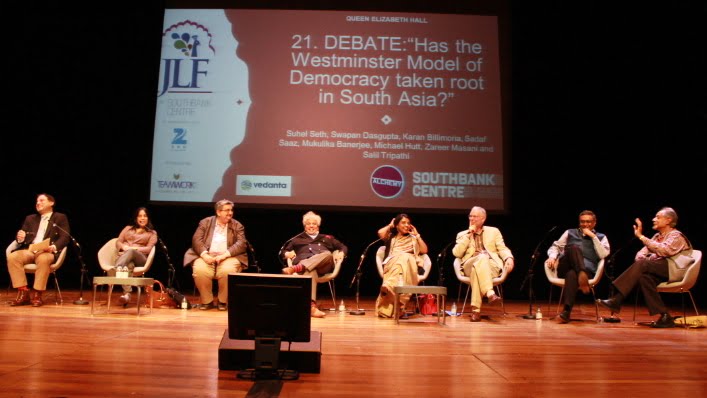 As is customary at JLF, each morning starts with live music and the festival ends with a debate. Raga Bhairavi performed by Saberi Misra transports the audience to a peaceful and positive frame of mind, the right mood for the opening speech by Gandhiji’s granddaughter, Tara Gandhi Bhattacharjee.

In the grand Queen Elizabeth Hall, she is a humble figure in a handloom, handwoven sari, following undoubtedly in Gandhiji’s footsteps, with a saffron shawl draped across her shoulders and traditional Indian Kolhapuri sandals on her feet while sharing anecdotes about the person she calls grandfather and whom the world knows as Gandhi. The morning continues with a discussion about the man who became Mahatma. 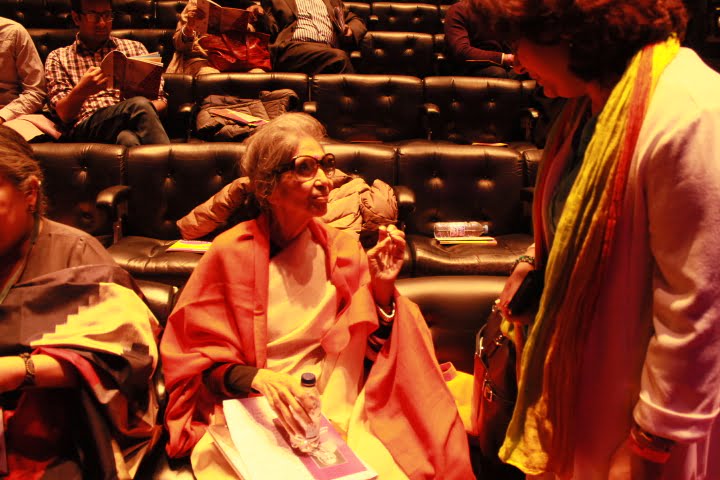 An almost inseparable part of JLF is Suhel Seth, a premier league brand manager, public speaker and theatre and film actor, lending his thoughts in various discussions from Shakespeare Wallahs to Indian feminism. In the raging global debate on feminism the panel, which included feminist stalwart Urvashi Butalia, spoke about how the movement has been growing in the Indian context. A startling revelation came from Janice Pariat on being labelled ‘a north-easterner and a north-eastern woman’ when she left the matrilineal society of Meghalaya to live in cosmopolitan Delhi.

As freedom of speech becomes more and more precious, its importance becomes clear through festivals like JLF. Though India is a democracy, leading journalist Rajdeep Sardesia confesses that his frankness about Prime Minister Narendra Modi attracts trouble. Why Lance Price, a foreigner, gets private access to write a book on Modi while Indian journalists are shunned away was just one of the many questions discussed around the biggest Indian celebrity today. 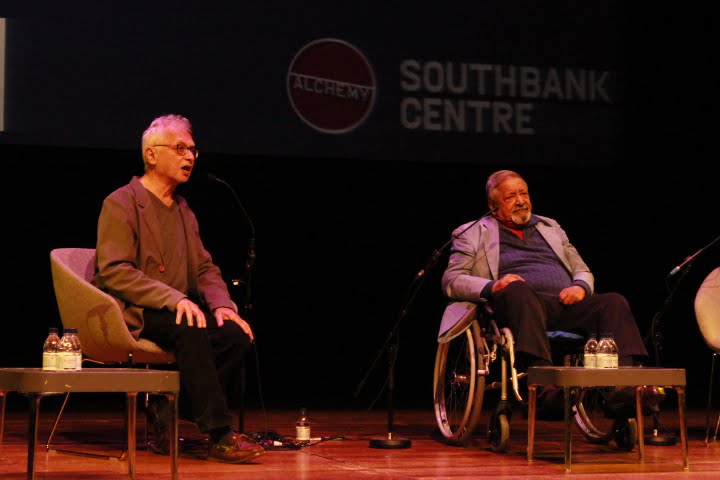 Between the meaningful dialogues, crowds throng the colourful food bazaar bathed in the aroma of cardamom, turmeric, chillies and so many other spices that define Indian street food. Festival goers are lucky that the sun accompanies them for lunch. While there are long queues for wada pav (Indian burger) with fried green chillies, rolls of dosas and glasses of chaai, some visitors unaffected by the babble of voices are enjoying carrom, an Indian board game – a much needed respite from the serious discourse.

Writer and festival director William Dalrymple along with panellists Anita Anand and Navtej Sarna delve into the violent history of the Kohinoor, opening the wounds of any patriotic Indian. The disputed diamond that now sits in the British museum has left a bloody trail since it left its original temple in South India to go over to the Mughals and then the British. The panel seeks an opinion from the room on the propriety of the diamond with surprising results. 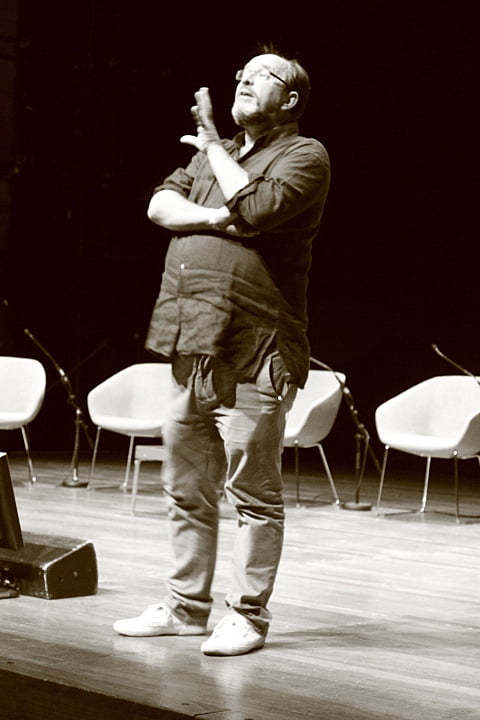 Fans of William Dalrymple are overjoyed to see him pacing the stage, doing what he does best – storytelling. Speaking about his latest book Return of a King, one sees that this man was made for history – to dig information, find the truth from overlapping stories and narrate it to the world through his astonishing storytelling powers. The audience travels to the frosty cold of Afghanistan with a British/Indian army of 18,000 which dwindled down to just one survivor after the ensuing battles.

JLF is intrinsically linked with India. Here, literature transcends books to become part of film scripts, and in the Indian context, songs. Shabana Azmi, an actress known notably for parallel as well as mainstream cinema, along with Farrukh Dhondy, Professor of Indian culture, and others deconstruct the Indian film industry. They remark on the rise of ‘item songs’ saying that good songs which developed the character of a story have faded and poets have become banal due to voiceovers. 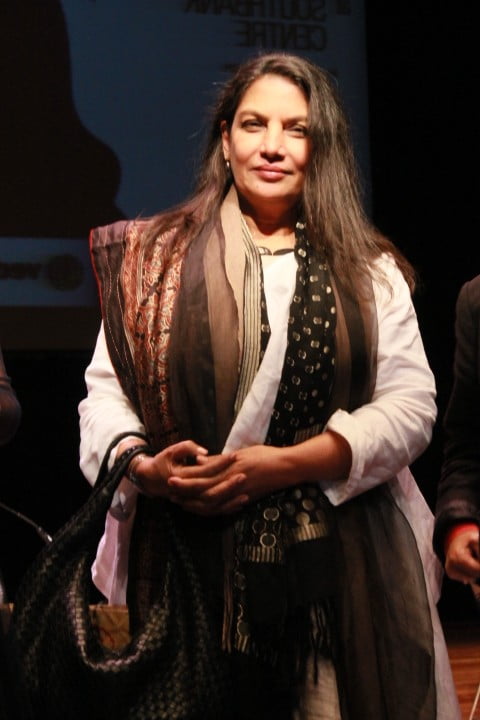 After a heady two days, the fun quotient kicks in with a splendid Rajasthani song and dance performance by the Kutle Khan Project. A re-energised audience disperses to catch their respective tubes on the London Underground, where the discussion continues. A trip to Rajasthan for the Jaipur Literature Festival in January is on the cards for many.

Foster an entrepreneurial mindset in youth for a better economy

Femen protesters take on FN from above

Femen protesters take on FN from above