IN or OUT: The EU Youth Debate on Brexit

18:00-20:00, Committee Room 12 in the Houses of Parliament was a chance for those within to get a new angle on the forthcoming EU Referendum on the 23rd June in a debate organised by Shout Out UK.

The difference between this and other EU Referendum Debates are the debaters, not experienced politicians but four young men and women. Arguing Pro-EU side, David McKenzie a key campaigner of the NO campaign during the Scottish Referendum and Labour Party Member Kate Stevenson who has been working to increase voting turn-out amongst young people. Opposing them were Kumail Jaffer, a First year PPE undergrad at Warwick as well as Left wing activist alongside fellow anti-EU supporter Victoria Kilbane who works part-time in her local NHS hospital.

The EU Referendum is one of the biggest decisions the young people of the UK will make, it may even be the most important political decision we make in our lifetime. The demographic the result of this referendum will affect the most are the young people of this country as this decision will leave a lasting legacy in how we live our lives over the coming years. What was so important about this debate was that not only was it chance to here the views of the two sides but it gave an opportunity to hear the voice of the young adults of this country, a refreshing feeling when we listen to the same names throwing the same views in the mainstream media.

The two sides traded contrasting opinions respectively throughout the debate moving fluidly from topic to topic migration to Britain’s economic fluidly. One of the most notably intriguing interchanges was over the first topic, migrations. Victoria Kilbane described the migration situation if Remain were to succeed as like returning to your empty house from work and finding that, having been invaded by strangers, that you have no-where to sit, this was however countered by Kate Stevenson with the statistic that in the UK there are currently 635,000 empty homes. This was youth debate with an incredibly professional edge, civil interactions with but decisive opinions and thoroughly researched facts to back them up. 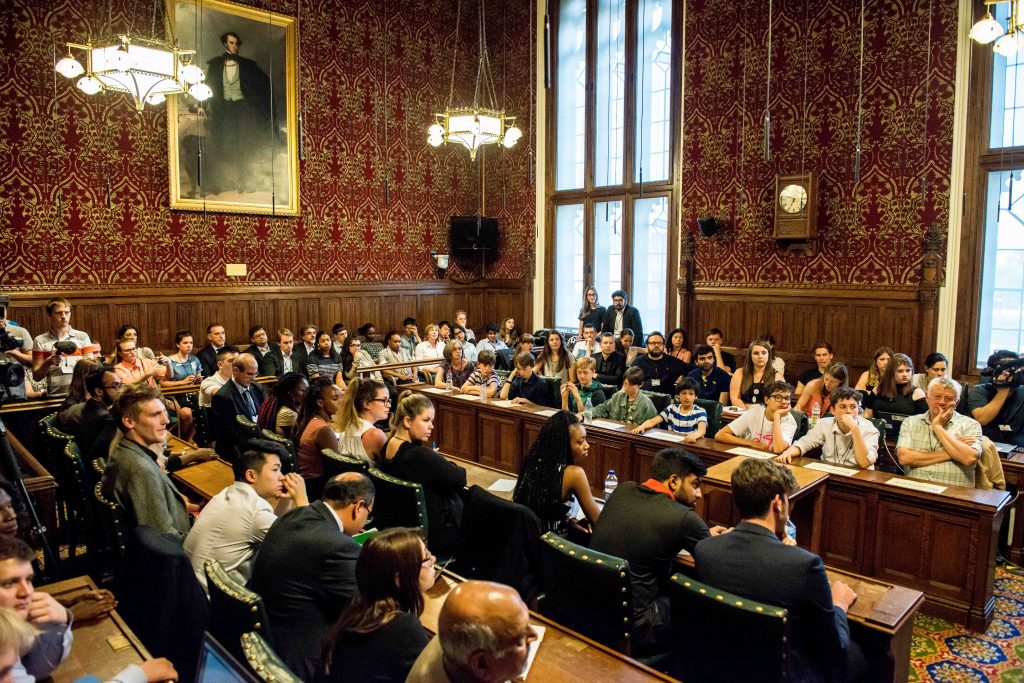 However, what intrigued as the debate progressed through the one hour marker was something that has held true in most debates between Pro and Anti-EU campaigners, their statistics. Both sides used them to good effect but it was the Pro-EU side that most of them came from every argument backed up by at least five hard statistics, a torrent of facts, something that those in the UK who are undecided are in want of. This is not to say that the Anti-EU panellists did not use their statistics well, they used effectively the emotive aspect, of how much a decision to Remain will affect the low-paid and most under strain employees of the United Kingdom, such as those who work in the NHS, on of the most mentioned organisations of this Referendum whose future may change dramatically depending on the Referendum.

It was figures verses emotions in this debate and indeed it is this head verses heart debacle that has so divided voters and made it that more difficult for the young people of the United Kingdom pick a side in this Referendum. When all of them to the polls on the 23rd June they will face the biggest decision of their political lifetimes up till now, while some may come from this debate still undecided or confused about the referendum at least they will have heard from those whom them can relate to rather than those whom can only attempt to be relatable.

EU Sanctions: What They Are & Why They Matter