Why The Tories Are Not My Cuppa

On Thursday, Britain heads to the polls to cast a vote that will determine which political party will shape the next five years and beyond. Here is why the Tories are absolutely not my cup of tea:

Conservatives put the ‘n’ in cuts

Conservative cuts have ruthlessly hurt society in a number of ways, particularly the most vulnerable people:

1. Since the Tories took office in 2010, homelessness has doubled. Their failure to build affordable housing, cuts to social services and inaction on soaring private rental costs have plunged us into a housing crisis.

There is the highest number of people in work without a home than ever before. This completely undermines the Tory rhetoric of ‘hard workers will be rewarded’. While helping out at a homeless winter shelter for the past couple of years I have been horrified to discover how many of the guests have jobs — on minimum wages and zero-hour contracts.

2. Tory austerity has caused disabled people deep distress. Policies like ‘fit to work’ and the abolition of disability living allowance has left people like Alex in a degrading and humiliating state, unable to afford necessary medicine and facilities.

3. May’s cuts to essential services such as the police force have hindered our security and put our lives in danger. Watch this former senior Met officer expose the Tory lies about officer numbers following the London Attacks:

Conservative literally means keeping old-fashioned traditions in place. This prevents progress. Their pledges reflect the extent to which Tory priorities are outrageously past their sell-by-date; take for instance:

• Bizarre war with Spain regarding Gibraltar

I sit here in despair, wondering: How have Theresa May’s political priorities outgrown her haircut? 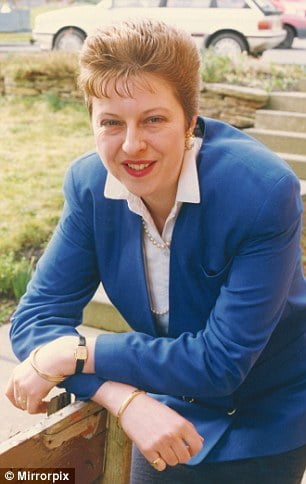 Under David Cameron, the Tories unintentionally triggered a departure from the EU which has deeply and detrimentally divided the nation. Brexit has fostered, perpetuated and normalised a climate of xenophobic hatred and violence, evident in figures that reveal a rise of up to 100 per cent in hate crime across England and Wales since the referendum.

Here is the cherry on the cake: instead of focusing on Brexit negotiations, Theresa May decided to call a snap general election. This has totally detracted from Brexit negotiations. Yet she audaciously attacked Jeremy Corbyn for having the wrong priorities when he called on her to do a TV debate. Interestingly, she agreed to do a TV Q&A instead.

Symptomatic of the lack of corporate regulation we have the wonderfully corrupt and greedy Philip Green, Mike Ashley’s inhumane Third World factories and empty houses owned by foreign property moguls amidst a housing crisis. The only trickle-down factor about the Tories’ policy on conglomerates is the poor lady’s water that broke in a Sports Direct toilet where she had to give birth because of their harsh penalties for missing work. Yet the Tories adamantly refrain from regulating and taxing big businesses more effectively.

Our human rights are at risk

Tories want to scrap the Human Rights Act (HRA) after Brexit. I don’t know about you, but I like my human rights. The HRA helps to protect the most vulnerable people, from domestic violence victims to LGBT people. The Tories’ proposed Bill of Rights will allow the government to pick and choose which rights to protect, essentially jeopardising many of our current rights. 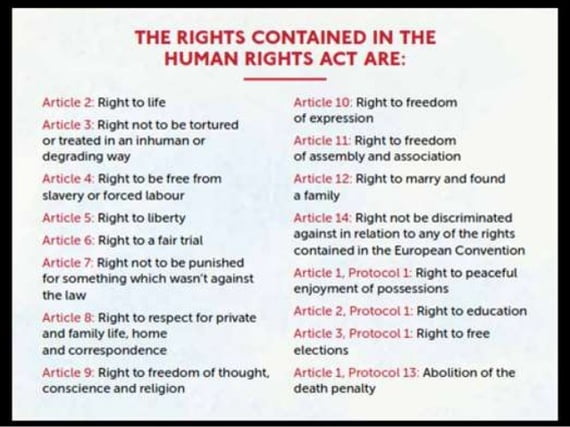 Saudi relations (cough). It is time to talk about who is funding and fuelling the war on terror, Theresa; stop dealing arms with Saudi Arabia if you want to tackle extremism.

Additionally, Saudi is using UK-bought cluster bombs to explode innocent children and civilians in Yemen. Complicity in Yemen’s civil war, is not a good look for a first world democracy that should set an example when it comes to human rights standards.

She has proved herself to be highly uncertain, untrustworthy and unstable. That is not a strong leader. How can you vote for a politician in a general election who lied about calling an election in the first place? As Captain SKA’s #2 hit goes — she’s a LIAR LIAR.

DO vote. We are privileged to have the opportunity to exercise our democratic right to vote. Even if you want to spoil your ballot, turn up to your polling station. It really, really matters.

DON’T be politically tribal. Party politics is petty. Be tactical with your vote. You can find out how to be tactical here.

Under the Conservatives, since 2010 the fat cats have got fatter at the cost and neglect of the poor and most vulnerable in society. Let’s not let them continue. Cheers to anti-Tory cuppas!

Anastasia Kyriacou manages PR for AidEx, the world's biggest events for international humanitarian aid and development. She explores current and controversial issues with the aim of instigating crucial dialogue among the community within the sector and beyond.