With a summer mired by environmental crisis, most likely a result of man-made global warming, it is encouraging to see London Fashion Week embracing diversity and sustainability in its array of 86 shows and over 150 British and international brands showcased at the Store Studios, 180 Strand.

Ideas surrounding diversity and sustainability have slowly been making their away into our popular culture; motivated, in part, by a new generation of politically-minded individuals who are not content with, essentially, maintaining the ‘status quo’. 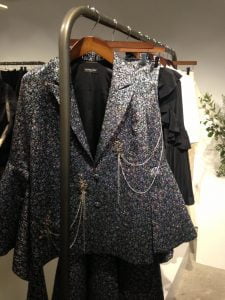 In cinema for example, arguably the most popular movie franchise of all time (Star Wars) has given the pink slip to its usual white, male protagonists in favour of ‘minority’ characters. Even in the world of comics, traditionally dominated by white men, Thor is now a woman; the Hulk is Asian-American; and Spider-Man is African-American.

With regards to fashion — despite its glitz, glam and seductive appeal — the industry has not had a favourable history when it comes to things such as sustainability or diversity. From child labour to designing the Nazi’s uniforms, the fashion industry has a somewhat contentious ethical track record. (Granted, most major industries do.)

However, at this year’s London Fashion Show there is a bold, and as far as I can see, genuine attempt to change that whilst also maintaining the essence of why we love fashion.

Indeed, this approach should not only be applauded — but also actively encouraged across all major cultural sectors.

Sustainability, diversity, model health and local manufacturing are at the heart of this season’s event — a real step forward in fashion’s attempt to (ironically) ‘change its image’ and ultimately have a more positive impact upon the world, however small.

This can especially be highlighted in the mining of gold 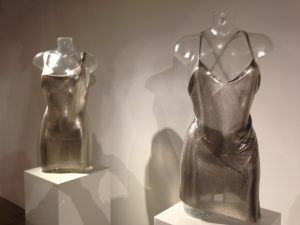 and other precious metals for jewellery.

I spoke to Natalie Perry and Jemima Hargreaves, both of whom are in the business of producing and designing ‘ethical fine jewellery’.

They were positive about London Fashion Week’s attempt to promote diversity and sustainability — a fundamental aspect of each of their businesses — noting that it was also influencing the culture within top brands, who sometimes tend to shy away from change and favour the more traditional approaches to jewellery production. 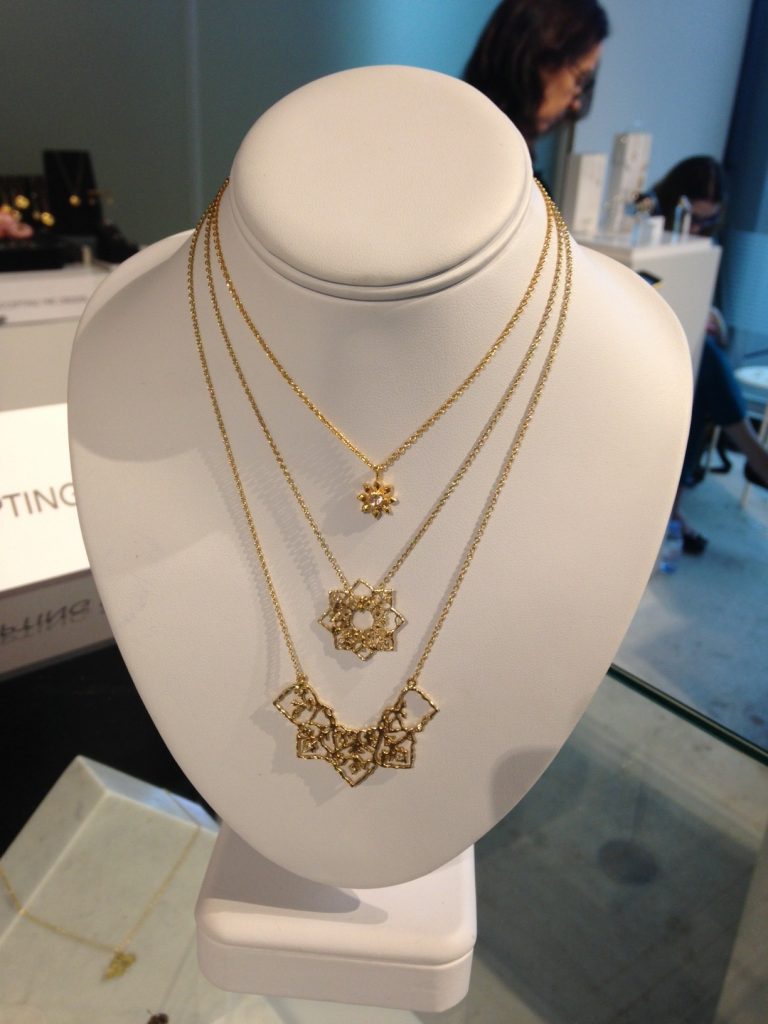 For example, it is estimated that around 1 million children work in gold mines across the globe, earning as little as $2 per day!

Sadly, the UK and US are among the top destinations for these kinds of products.

Because this is a relatively low number however, as opposed to agricultural production which uses over 100 million child labourers, it is rarely given the attention it deserves.

To help combat this, both Perry and Hargreaves have opted to use Fairtrade gold in order to ensure that their products are ethically-sourced.

Natalie sources her gold from the Sotrami gold mine; a Fairtrade mine located in Peru, close to the world-famous Nazca Lines. Although more expensive to source, Sotrami — established recently in 1987 — ensures that its workers are not exploited and paid properly for their work.

Fairtrade principles mean that a fixed proportion of profits go back into the community, instead of lining the pockets of the already wealthy. A dental clinic for instance, has just been built for the workers of Sotrami — funded, in part, by the company’s reinvestment of its profits.

Additionally, dangerous environmental toxins are captured and recycled in an effort to reduce pollution caused by the mining.

Of course, a lot more needs to be done if we are to save our planet from the potentially disastrous threat of climate change, establish fairer labour practises across the world and truly promote diversity within our own culture and beyond.

That said, attempts made by industries such as fashion to promote these causes should not be met with cynical sighs and groans.

Changing the world is a process, not an event. It has to start somewhere.

Moreover, if brands and suppliers are acting with a more ethical mindset, it is also the responsibility of consumers, us, to do the same.

Me and Pansexuality: Why this deserves more recognition

Me and Pansexuality: Why this deserves more recognition