The students at the London Oratory School had a surprise visitor during the final week of Shout Out UK’s Political Literacy Course.

The Shadow Chancellor of the Exchequer, John McDonnell, visited the school to listen to the students deliver their special, end-of-course speeches on Friday the 10th of November.

The speeches covered a variety of different topics, ranging from tuition fees to the NHS, to knife crime, to bringing back the death penalty. Dinosaurs, and their lack of coverage in schools, was also brought up to much humour and joy…

After each of the students finished their speeches, Mr McDonnell responded personally to each speech — offering constructive feedback, praise, and sometimes his own views on the subjects in question. 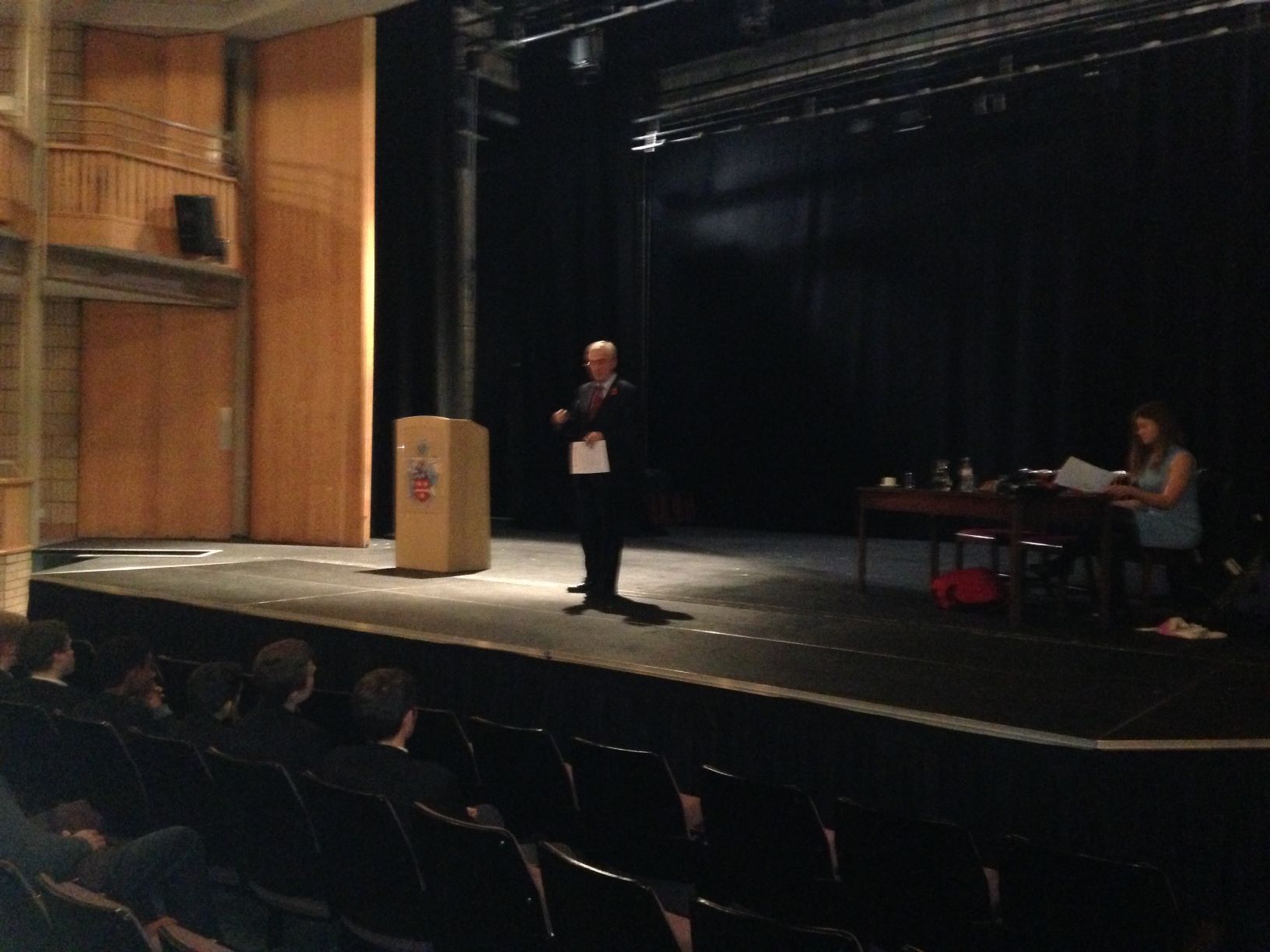 Mr McDonnell commended the work Shout Out UK is doing in the area of political literacy and the importance, in general, for young people to engage in the political system, whatever their beliefs.

Essentially, the aim of the course is to give young people the basics to begin navigating the murky, multi-faceted world of British politics and beyond.

Starting in a People’s Referral Unit in Croydon, the course has now been taught in over twenty high schools across the UK; including London, Dartford, Cambridge and Yorkshire.

Students from the London Oratory School had this to say:

‘I really enjoyed the six-week course because of the teachers we had; they made it very enjoyable. The best bit were the final speeches at the end’.

‘I enjoyed this course very much as it has improved my public speaking and has made me more interested in politics. I would recommend this course to other people’.

‘I liked the course as it made me aware of how politics can affect everything. I also did not realise how much media can change the way we read a situation’.

‘I am glad I participated in this course, it was a fantastic experience. Thank you ShoutOut UK!’

‘I enjoyed everyone’s speeches, they talked about important topics and were entertaining. I am glad people, including John McDonnell, listened to my speech and enjoyed it!’

How To Look Stylish At The Gym

How To Look Stylish At The Gym