I am sure that you, dear reader, remember the nightmarish blaze in North Kensington, London — known now as the ‘Grenfell Tower fire‘.

Yesterday marked exactly 6 months since the catastrophe that claimed 71 innocent lives, 18 of which were children who had not yet lived, nor experienced the many wonders that this world has to offer.

It was a sordid affair, where families were truly subjected to the disappointing choices of the British Government, which claims to care for the people under its rule.

Unfortunately, Grenfell Tower became a victim of government cutbacks, tax hikes for wealthy business owners, and deceit. In 2012 renovations of the block were proposed to its inhabitants by Kensington and Chelsea Tenant Management Organisation (KCTMO) and Studio E Architects, offering zinc cladding with a ‘fire retardant polyethylene core’, which they accepted happily. However, in 2014 this cladding was pulled from contention without the knowledge of the families who lived in Grenfell Tower, replacing it, instead, with a combustible, cheaper aluminium equivalent which had a plain polyethylene core.

Both products met the European Fire Resistance standard, but … that is European, and let’s be honest, they aren’t necessarily the best standard setters. But, the aluminium cladding that was used, despite receiving a worse rating when tested for smoke emittance, was the money-saver, so the two companies opted for it.

The cladding was not the only renovation subjected to cuts and changes, though! The removal of all external landscaping, and changing the window surrounds — originally proposed in birchwood — to MDF or softwood (both considerably more flammable) resulted in a hefty saving in excess of £500,000. 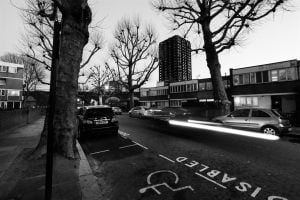 Sadly, for a mere 9.2 million pound contract and profits, and despite the council of Kensington and Chelsea, Studio E Architects and the myriad of construction companies being investigated by Scotland Yard detectives for involvement, a great number of lives were sacrificed. Not by mistake, but knowingly. Something that will still be a very raw, painful grievance for children who were left without parents, parents who were left without children, and for a child who was supposedly dropped from the ninth or tenth floor by a mother who could not save her baby from the fire any other way.

I am truly ashamed to say that, I, as a young British man, share the oxygen that those innocent people so desperately deserved to breathe, with people that Labour councillor Robert Atkinson reported were ‘in hiding from residents’, as the Grenfell Tower disaster spiralled into cinder and ash.

Budget 2017 - Education: 'Schools will be worse off' says Angela Rayner

Why tribes are the ignored solution to the Middle East crisis

Why tribes are the ignored solution to the Middle East crisis