In the days following the Grenfell Fire we saw both the worst and best of humanity.

We saw a woefully disastrous response from the Prime Minister, local council leaders, and several campaign groups namely some hard-left organisations that aimed to take advantage of the emotions of those affected.

However, as the six-month anniversary takes place we should feel pride in the response of those affected: whether they lived in the tower block and had to escape for their lives on that awful night, were new victims, or part of the emergency services that ran into the blazing inferno.

It is this that we shouldn’t forget. Although it is easy to want to blame someone or something for events like these, in fact, successive governments, of all colours, are to blame for the death of those 71 people. 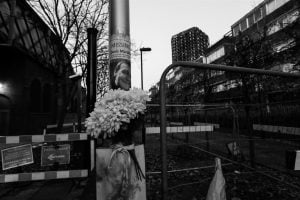 You may be arguing, ‘I have not allowed this’. But actually you have. Ignoring this problem, not expressing your anger to politicians, not helping out campaign groups, not actively helping — you have turned a blind eye.

Grenfell shocked me into seeing the problems that exist in this country. I hope it has shocked you too. 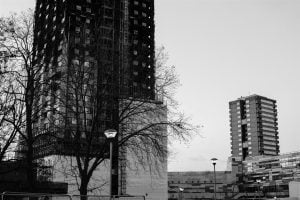 Politicians for too long, have walked on the opposite side of the road or have turned away. Currently, the very fundamentals that this country is built upon are being challenged and reformed.

The UK has a chance to restart the country; to look again at ways of improving the lives of our population. Let us not squander this opportunity. Now more than ever, we as a society have a chance to better the country we live in.

Grenfell has made us realise the problems that lie in bare sight. No longer can we turn our heads to this monumental social problem of increasing poverty and a gap violently widening between those who rule, and the lives of those that rely on politicians for support.

The Al-Sadiq and Al-Zahara Schools Girls’ Choir at the memorial service yesterday sang of hope.

Graham Tomlin, Bishop of Kensington, said he hoped the word ‘Grenfell would become a symbol of the time we learnt a new and better way to listen and to love’.

Change fuelled by love and hope is the only way forward to rescue a part of society from being abandoned, left behind and ignored.

Grenfell Tower 6 Months on: How Aesthetics over safety destroyed lives

Budget 2017 – Education: ‘Schools will be worse off’ says Angela Rayner

Budget 2017 - Education: 'Schools will be worse off' says Angela Rayner