The Dangerous Fallacy of Ideological Puritanism when it comes to drugs

‘Drugs are bad, mkay?’ Yes, those are the words of a cartoon character in a fictional satire but they’re also the official home policy of some of the most powerful governments in the world since the Thatcher/Reagan era. Such ideological puritanism is not only an oversimplification, it’s a potentially harmful and historically wasteful policy that has cost billions of taxpayers’ money and resulted in some spectacularly counterproductive policies.

While it’s safe to say that drug use and drug addiction can be both personally and sociologically harmful, most government policy over the past decade has exacerbated rather than treated the negative effects of drug use which are most often caused by the black market trade of drug use rather than the drugs themselves. 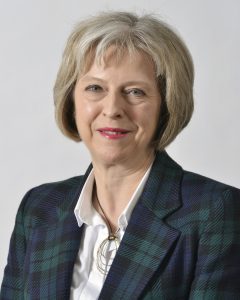 This post is not intended to glorify drug use (like any addictive pursuit it can have some grave and very harmful consequences), rather it is intended to highlight the shortcomings of home policy in dealing with the issue of psychoactive substance use and how it has done more damage than good. With the recent legalisation of marijuana in California it seems a good time to reevaluate the UK’s drug policy. If one of the most rabidly conservative nations on the planet is rethinking the sociological usefulness of prohibitionism, after all, maybe it’s a good time for some introspection.

The War On Drugs

The term ‘war on drugs’ has been a ruinous failure both here and in the US. It’s added significant fuel to the argument that oversimplified prohibitionism simply doesn’t work. Moreover, it demonstrates that governments have historically placed their own sense of ideological puritanism over the welfare of those they govern. Instead of taking steps to make drug use legalised but policed (as in the case of the Netherlands), ideological puritanism has inadvertently given control of the drugs trade to criminal organisations who have absolutely no obligation to perpetuate the wellbeing of their customers.

The Crusade against ‘legal highs’ and the spice endemic

The problem of handing over control of the drugs trade to criminal gangs was exacerbated in 2016 when PM Theresa May, against all medical advice to the contrary, placed a blanket ban on all ‘legal highs’ (including any substances that have yet to be invented). This created an enormous gap in the illegal market as criminal suppliers raced to meet the consumer demand. This dangerous prohibitionism has led to unscrupulous criminal markets developing ever more addictive and socially damaging drugs like spice; the ‘zombie drug’ that causes users to behave erratically and often violently.

The alcohol and tobacco hypocrisy

Speaking of substances that cause violent and erratic behaviours, our government has proven far less authoritarian on legal drugs like alcohol or tobacco despite the enormous health and social risks that they represent. Despite a landmark study that has found e-liquids to be far less harmful than tobacco, the government seems less than interested in perpetuating this knowledge. Hopefully, further study on the subject (combined with greater innovations in e-cigarette safety from within the industry) will change this.

Who knows which way the political tides will turn in the coming year, but hopefully saner heads will prevail and we will take steps towards a socially helpful and evidence-based policy on psychoactive substances.

Embrace Tech, Save Money, Increase Productivity... It's Really That Simple!

Domestic Violence or Homelessness: Get a job or go home, one EEA national's dilemma

Domestic Violence or Homelessness: Get a job or go home, one EEA national's dilemma