A recent hearing saw the UK court informed that the level of air pollution is already impacting the health of the general public in the UK and will continue to do so years from now. That is, unless action is taken immediately.

This shouldn’t be surprising as even before the court case, the level of pollution in the UK had reached illegal levels. Ministers in the UK have already tried and failed twice to correct the situation with two environmental plans that were rejected due to their legality. Now, environmental lawyers claim that the latest plans for tackling pollution levels in the UK are still not going to be enough to reduce the damage in the shortest amount of time.

There are a variety of factors to consider here. We can explore what technology and what options are available to combat the level of pollution, what the UK government is aiming to do to fix the issue, how their plans measure up to international campaigns and what more can be done to resolve the situation.

In a criticism of the UK government, Justice Garnham drew attention to the previous failures to correct the issue and the staggering amount of money it has cost UK taxpayers which reportedly has reached £370,000.

What Is The Main Cause Of The Air Pollution? 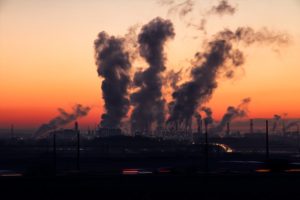 According to research, the majority of air pollution comes from diesel vehicles and engines.  In fact, due to diesel cars, the level of air pollution in the UK has been at illegal levels since before 2010. There have been campaigns to ban diesel cars in the UK with recent plans suggesting that the aim is to get both petrol and diesel off the road by 2040. There are areas in the UK like Oxford that are ahead of the game. Oxford council is planning to create the world’s first ever Zero Emissions Zone by banning both diesel and petrol cars in the city centre within just three years. Whether or not this campaign will be successful is entirely debatable, but outside of the UK, plans are in place to get a ban in effect sooner than that. Copenhagen has targeted a ban on diesel cars from 2019 onwards.

What Current Plans Are In Place In The UK? 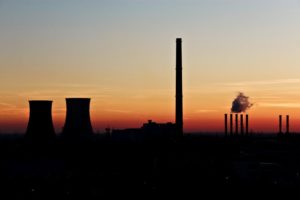 The latest clean air plan was announced last year and was heavily criticised long before the issue reached the courts. Worried officials were hopeful that the government would take a harsher stance towards the main contributors of pollution in the UK and the current plan fell considerably short.

There was, for instance, no action for clean zones. A hypothetical course of action could have seen the biggest pollutant vehicles being charged when entering cities in the UK with the highest levels of air pollution. There was also no sign that the government planned to introduce a scrappage scheme to get rid of cars that were polluting the air by giving them financial incentives. Though, it does include a targeted campaign, aimed at addressing people on low incomes or in severely polluted areas.

In general, critics argued that the plan, while ambitious did not address the way in which the new target would be reached. And, even if it was, with air pollution killing 40,000 people every year many people want to see more serious action taken immediately.

Is It Just As Simple As Switching To Electric? 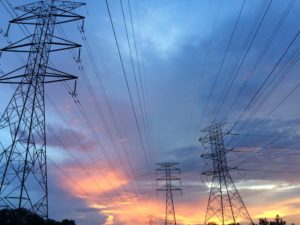 Plans in place for Oxford city centre seem to suggest that the simple answer is to focus entirely on electrical power. However, energy experts have warned against this idea. If everyone in the UK switched to electrical power, there would be huge pressure on the National Grid and power outages would be a guarantee. In a scenario like this, the only option would be to build more power plants, leading to a different form of pollution.

As well as this, many are worried about the impact a hypothetical reduction in support of petrol and diesel cars or outright ban could have on the UK car industry. The current industry supports thousands of jobs across the country. Though, the plan does not currently include the use of hybrids on the road. However, for environmentalists, this was seen as another failure to take firm action.

Elsewhere In The UK

Wales is experiencing similar issues with air pollution, but they are taking a different tactic to deal with it. Against similar pressure in the courts, the government opted for a ‘consent order’ even before the hearing began. In doing so, the government agreed to work with environmental lawyers to draw up a plan that would lead to better results for the public and reduce air pollution levels faster than before.

Of course, Wales and England aren’t the only places with air pollution issues. Ten streets in Scotland have been revealed to breach air quality standards with Glasgow, the most polluted area. It’s also been revealed that air pollution is costing the country £1.1bn and with recent budget cuts there are worries that it will no longer be realistic to afford the country’s ambitious plans to correct the issue.

The Rest Of Europe 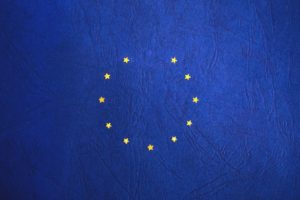 As already mentioned, there are numerous places in Europe including Copenhagen that have stricter plans in place to combat air pollution. But none have gone further than Denmark. The country actually succeeded in powering the entire country on wind power for one day. That may not seem like a massive achievement, but it’s far more than most countries have managed and it’s just a demo of what the company is hoping to accomplish. The aim for the country is to be completely independent of fossil fuels by 2050. However, unlike the UK’s plans, Denmark is nearing their goal. In fact, wind and solar power was providing energy for 30 per cent of the country in 2014.

Of course, Denmark is still facing the same issue as everywhere else with air pollution and an estimated 60,000 people dying every year because of the problem.

However, even if the UK or Denmark were able to fix the issue of air pollution, there is still a massive problem that can’t be overlooked.

The Pollution Is Airborne

Experts believe that around 40 per cent of the air pollution we’re talking about isn’t from the country it’s affecting. It’s coming from somewhere else, and that’s an issue because there are plenty of other countries with worse air pollution problems nearby.

People are certainly concerned that the head of the EU’s Environment Council is a climate change sceptic and a supporter of Donald Trump. While Neno Dimov claims he will keep pushing the political movement to fix the problems caused by pollution, including climate change, he did leave room open to question current policies and indeed whether they are needed. As such, many people fear his appointment could be one massive step back for Europe.

What Tech Is Available? 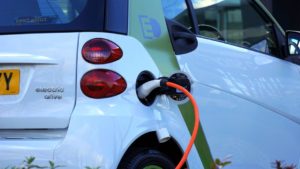 There are a wide range of tech options available that could be the key to combating climate change. It’s not that these options don’t exist, they do. Governments just need to be willing and ready to invest, and that includes the UK.

Unsurprisingly it is Denmark again who are leading the charge here. While there has been no breakthrough yet on the level of theoretical cold fusion technology, there are new ways to clean the air. Denmark has managed to use air pollution solutions to get atmospheric pollution down to one-fifth of what it was during the seventies and is light-years ahead of the competition. Using the tech that they provide, deaths could be greatly reduced in other cities too.

Of course, we also need to think about renewable power. While electric may not be the ultimate answer, it could go along way to fixing the issue and ensuring that people are not dying needlessly due to harmful fumes and air pollution.

So What Does The UK Need To Do?

Many are hoping that Brexit could be the answer here, a possible fresh start on environmental issues and how the UK deals with them. As well as this, the UK does need to take a much firmer stance on the main causes of air pollution if they are going to stop the harrowing prediction given by their own courts.

While the UK government backtracked some of their already lenient plans against the biggest polluters, they now need to take a bold step forward and act rather than just promise the results later. It doesn’t matter if there’s a plan to remove diesel and petrol cars before 2050 if there’s no action taken now to move towards that goal.

Hooked: How the SLC makes debt addicts out of students

Hooked: How the SLC makes debt addicts out of students