Is Theresa May’s Review Of Student Financing Too Little Too Late?

Students don’t seem to trust Theresa May … and with good reason. Let’s not forget that her tenure as British Prime Minister opened with one of the most head-scratching feats of cognitive dissonance in contemporary politics. She began her prime ministerial career weeping for the lack of social mobility in contemporary Britain, then almost immediately started to remove key infrastructure that promoted that social mobility. While students (along with the rest of the nation) are divided over Brexit, the vast majority of undergraduates were Remain voters. The fact that May was plainly on their side along with former Prime Minister David Cameron at the time of the referendum, before sharply U-turning after the vote was cast, has caused many students to doubt her integrity.

It’s safe to say that the majority of British undergraduates were not on side with Theresa May. Then last week, the Prime Minister announced that she and her Conservative Government will take a year-long review of student financing, seemingly conceding that student debt had reached untenable levels and that the current system of lumbering graduates with tens of thousands of pounds of debt before setting them loose in an uncertain economy and volatile job market, may not be the most sustainable system.

Here we’ll look into the announcement in the context of May’s decidedly dissonant approach to student funding, what the review actually means and how it contrasts with the opposition’s policies.

Let’s not forget that when Mrs May first became Prime Minister in July 2016 the platform of her inaugural speech was very much rooted in social mobility. Since education is most certainly the greatest passport to social mobility a government can offer their electorate, many students in higher education (or anticipating starting an HE course) were cautiously optimistic.

Then came the great U-turn.

Almost immediately, May scrapped bursaries for student nurses, causing a steep reduction in recruitment with a drop of almost 25 per cent in students enrolling in nursing and midwifery courses in 2017. This bizarrely dissonant behaviour caused many of May’s detractors to call ‘crocodile tears’ on her impassioned inaugural speech.

May’s inaugural speech placed significant emphasis (as Conservatives are wont to do) on meritocracy. She made an appeal for a more meritocratic Britain and then promptly erected a social and economic barrier by making it much more difficult for students from low-income backgrounds to study a nursing or midwifery qualification without starting their career with crippling debt. Bear in mind that a nurse’s starting salary for 2017-2018 is just £22,128.

The barrier does not just extend to those studying nursing or midwifery. Since May’s announcement, the percentage of state-educated young people attending university slumped from 71 to 62 per cent within a year.

The cost of today’s tuition

Make no mistake, studying an undergraduate degree in England is an extremely expensive prospect. Students studying in Scotland, Northern Ireland and Wales still pay tuition fees but with greater access to government grant assistance, and Scottish universities have capped tuition fees at just £1,820 a year in stark contrast to the staggering £9,188 found in England. This makes England’s tuition costs the highest in the world, eclipsing Irish college fees and even American tuition costs.  In this context, it’s easy to see why British students have become so disillusioned … But is it reasonable for them to expect better?

How necessary are tuition fees to the British economy?

While it may be a revelation to younger readers or readers from the US, there was a time when all English students received grant assistance and did not have to pay tuition fees, as they were subsidised by the Government. The adoption of tuition fees and student loans rather than grants by the New Labour government in the late 90s was borne of ideology rather than economic necessity. This begs the question of just how necessary tuition fees and student loans are for the economy. Proponents of tuition fees insist that they are necessary to reduce the national debt and deficit (which, let’s not forget, the Government estimated they would have paid off by 2015 but will now likely remain unpaid until 2031). Those of a more Keynesian macroeconomic perspective, however, insist that it is in the nation’s best interests to invest more heavily in a better educated electorate as this will lead to greater economic growth in the long term.

While those who deem tuition fees a necessary expense may sneer at the indignation of a generation of students whose careers will begin mired in debt, the plight of today’s students is completely understandable as is the sentiment that the government can do more to help. After all, if we can afford to bail out private banks that collapsed under the weight of their own greed and / or incompetence a decade ago (to the tune of around £1.2 trillion), surely we can afford to invest in a more equitable system of higher education.

What does this review mean? 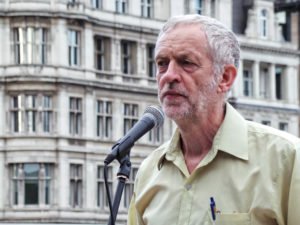 A coup for Corbyn?

Given the escalating costs of tuition, it’s hardly surprising that younger generations are playing into the hands of Jeremy Corbyn’s Labour Party. The fact that Labour’s manifesto outlines clear plans for a National Education Service that will entitle every British citizen to free education, combined with the fact that Labour’s manifesto was fully costed (they were the only party who could claim this) adds more fuel to the argument that today’s students face astronomical tuition fees that are not economically necessary but ideologically imposed.

And until May can deliver anything concrete on this thorny issue, a goodly portion of the electorate will just deem this announcement as coming too little too late.