Why Chinese And Asian Students Do So Much Better In School, Or Do They?

You might have heard about the miracle exchange students in the UK coming from Asian countries, beating the class at state exams, and the long hours these people study each day to get into the top three per cent. Does this mean that Asian, in particular Chinese students are smarter? Do they have a better work ethic? Are they more motivated and driven?

If you would like to get the answers to these questions, read the analysis below and check out the statistics to decide for yourself. 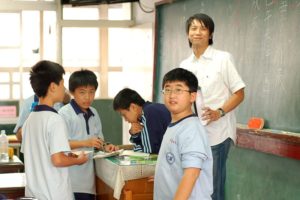 Children in China are taught to investigate and take responsibility for their learning. The parental engagement in children’s education is much higher in the Asian culture, which means that getting good grades, a degree, and  a well-paid job is one of the top priorities of parents. It is also stated that Chinese students studying in the West spend six hours learning at home, compared with close to nothing when it comes to those from Western cultures. As a result the majority of them will aim to go into higher education and continue to take on challenges further in life.

The more liberal Western education system looks at developing critical thinking as a main priority. There are no formal grades or assessments until higher grades. Contrastingly, in China, students are taught to focus on grades and exam results from an early age. They are used to taking in a lot of information in a short period of time and doing well in assessments. The one thing that is missing from the West is teaching students how to make the most out of their exams, therefore, young Chinese students have a competitive advantage. Whether Chinese students are better at critical thinking, however, can be questioned. 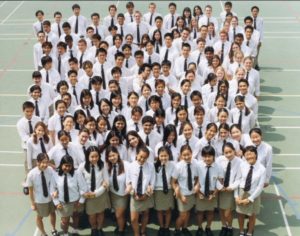 There are several cultural differences between Asian and Western societies that set students apart. The Chinese way is full of rules and disciplines, and the society is not based on democratic values. The freedom provided by the West can be attractive for Chinese students, who are happy to break up with their culture and open their horizons. However, they bring in discipline and the ability of following rules with them, which is an advantage in school.

While China’s schools are praised by many people, they are not necessarily the best for students. Being in the world league tables for many years in a row, the assessments are based on grading and scoring. They don’t take into consideration the work-life balance of students, the quality of materials, and the number of transferable skills taught in schools. Schools in China have a completely different philosophy, and discipline is much harsher than in the United Kingdom, United States, or Canada.

Students’ Duty to the Country and Capitalism

Due to the state propaganda promoted and controlled by Xi Jinping, the leader who likes tight control on thoughts and embraces capitalism when it comes to building wealth in China and enjoys using private jets, students approach their learning as a duty to their country.  The government uses modern technology and competes on the global market. The Chinese leader doesn’t only use private presidential jets, but also engages with other world leaders through various communication channels. Indeed, Xi Jinping is attending more conferences and international conventions than his U.S. counterpart on a commercial Boeing 747 that he doesn’t own. China embraces globalization, just like its students, but both are sceptical at the same time and believe that the Chinese system is the best. Globalization does mean however that China need to seemingly embrace the capitalist lifestyle.

As Chinese students spend more time learning in a day than most people in the West working, it can be argued that they don’t have time to build positive relationships. Those arriving to the UK study a lot and keep themselves to themselves. They don’t party or get involved in extra projects, as they are too focused on their exam results. Therefore, while they might be high achievers overall, they have little or no time to build their people and social skills that are necessary for success.

Another area Chinese students might fare worse in than their Western counterparts is critical thinking. They grew up accepting that they are not allowed to question various facts, and that they have to think in a certain way. The censorship of the Chinese internet means that there are still no results coming up for Tiananmen Square on any search engine. If you decide to search for it, however, you might get the secret police knocking on your door. Critical thinking then is an area where Western students might beat their Asian counterparts.

Whether Chinese students are better at learning facts and preparing for exams is not the main question. To succeed in life you need more than a good degree; you also need ties with people and critical thinking skills.