How Will Brexit Affect Your E-commerce Company?

If you’re a business owner it’s likely that you’re pretty apprehensive about the impact that Brexit will have on your company. There are a lot of predictions flying around but the truth is, this is unchartered territory and nobody can know for sure what the impact of this huge political change will be. A lot of companies are worried about the changes to shipping processes and whether they’ll have to pay import and export fees on goods, and the value of the pound has also been called into question.

If you’re running an e-commerce company a lot of these considerations are especially important to you because you’re likely to be trading in countries around Europe. If you’re concerned about the fate of your company in the post-Brexit business climate, here’s how it could affect you.

Devaluing Of The Pound

In the days following the referendum result, the pound took a huge hit and fell to its lowest value in the last 30 years against the euro and the dollar. That’s obviously bad news for British consumers and businesses that are trading in sterling but it might not be such a bad thing for e-commerce companies. The value of the pound has been increasing steadily in recent months but now that the Government has triggered article 50 and the negotiations for Brexit are underway, that uncertainty is likely to trigger another drop.

For companies that are trading in Britain alone, that’s bad news, but e-commerce customers don’t necessarily have to pay in pounds. Lots of e-commerce platforms offer customers the chance to pay for their goods in dollars or euros as well, which means that people in Europe and America will be more inclined to spend their money on British websites while the value of the pound is low. That means online sales could increase in the wake of Brexit so you don’t need to worry about a drop in sales.

You need to make sure that you’re taking advantage of this situation, otherwise, you’ll miss out on those benefits. If your e-commerce platform doesn’t offer payments in multiple currencies, you need to change it. Magento is one of the most popular e-commerce payment platforms in the world and it offers payments in lots of different currencies so it’s worth considering changing over if you’re not already using it.

You should also consider extending your marketing campaigns throughout Europe and focusing on letting people know that their euros will go a lot further on your British site.

However, you should keep in mind that this could also mean you’ll see increased competition, so you need to make sure that you’re staying relevant. Keep up with web design trends and give your site a bit of a makeover to prepare for a possible increase in sales. It’s also worth looking at your hosting so your site is equipped for a sudden spike in traffic. 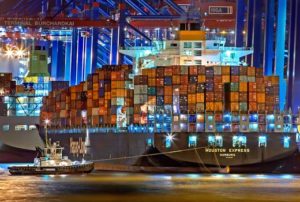 The biggest concern that e-commerce sites have is the shipping situation after we’ve left the European Union. At the moment, we’re still part of the EU so nothing is going to change just yet. But the process is underway and once the negotiations have been finalized and we’ve officially left, the rules are likely to change significantly.

While we don’t know exactly what is going to happen, it’s likely that British companies will have to pay levies to ship to mainland Europe. This is going to massively increase your shipping costs so you’ve got two choices; you could either pass those extra costs on to the customer by increasing the amount that you charge for shipping, or you could take the hit yourself but that means you’ll be making less profit. If you can’t afford to take the hit yourself, you should expect a big drop in the number of sales coming from Europe. That doesn’t mean you’re doomed but you’re going to have to put a lot more effort into increasing your marketing campaigns in Britain and extending your customer base here at home.

There are a lot of scare stories flying around about Brexit and some people would have you believe that businesses are going to struggle to survive in the post-Brexit world. While it’s likely that a lot of businesses will hit a rough patch, if you put more focus on British customers to pick up the slack from the loss of business coming from mainland Europe, your e-commerce company will survive. You’ll also see an increase in sales in the period leading up to our final departure from the EU so if you save some of that extra cash, you’ll have a buffer to get you through the hard times.

Don’t Ignore Them, Learn Them! Why You Should Read Fire Safety Labels

Don't Ignore Them, Learn Them! Why You Should Read Fire Safety Labels