The Child Mental Health Crisis: Why Is It So Hard To Get Help?

Psychology help and solutions to psychiatric problems and mental health as a learning concept with an empty tree and leaves shaped as butterflies coming to support and fill the void.

When you think about mental health care or seeing a therapist, you probably do not think about needing it for your child. However, adolescents are more at risk now than ever before, it seems. According to Mental Health America, more than 11 of those between the ages of 12 and 17 have had at least one major depressive episode in the past year. That is almost three million adolescents who need mental health care. The Mental Health Foundation has estimated that one out of every ten adolescents have a mental health disorder some time before they are 18 but less than 30 per cent of them get the help they need. The National Alliance on Mental Illness (NAMI) believes that the number is closer to 20 per cent or one in five children. Why is that? Why are our children not getting the help they need?

Why Don’t They Get Help?

Part of the reason is that they often go undiagnosed or misdiagnosed, depending on the case. For example, a child with bipolar disorder may be labelled as a troublemaker or considered to have Attention Deficit Hyperactivity Disorder (ADHD). Many of these children who actually need therapy and possibly medication get put into the system instead. In fact, 70 per cent of adolescents in juvenile detention systems are suffering from some type of mental health disorder. But this is not the only problem. Part of the reason that children are sometimes put into the system instead of getting therapy is because either the parents cannot afford to pay for therapy or there is no help available. According to the National Council for Behavioural Health, there are less than 50,000 psychiatrists in the entire United States and this number has only increased by 12 per cent in the past 20 years. However, the population is growing at three times that amount. While millions of Americans need mental health care, the availability is dwindling and this is even worse for our children. In many states, there is only one psychiatrist for every 30,000 patients , so trying to get an appointment can take months.

For many parents, just trying to get help for their child can be enough to cause them to need a therapist themselves. Even in areas with more therapists, paying for the treatment can be impossible. There are state and federal funded treatment programs but the waiting lists are long; sometimes over a year. When your child is having blowouts at school and keeps getting sent home for hurting someone or themselves, what are you supposed to do if you cannot afford help? What many parents find themselves doing is giving up their parental rights so their child becomes a ward of the state. Only then are they able to get treated but it comes at a cost. Who wants to give up their rights to their child? Not only is it heart-wrenching but it is also harmful to the child who needs the help and any other children in the family. They may think that they are being sent away because you do not want them anymore and the other kids may be afraid you will send them away too. But, if you are afraid your child is going to kill someone or themselves, what can you do?

If you need help right now, BetterHelp can help you and your child. Without an appointment, and you do not even need insurance because it is so inexpensive. Online therapy is much cheaper because there is less overhead. So, contact them today and get the help you need. 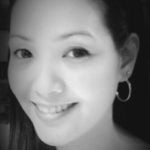 Marie Miguel has been a writing and research expert for nearly a decade, covering a variety of health- related topics. Currently, she is contributing to the expansion and growth of a free online mental health resource with BetterHelp.com. With an interest and dedication to addressing stigmas associated with mental health, she continues to specifically target subjects related to anxiety and depression.

It's easy to blame 'dangerous overcrowding' on immigrants, but who exactly are we talking about?

It's easy to blame 'dangerous overcrowding' on immigrants, but who exactly are we talking about?