In The Net: Why England’s Women Are So Psyched For Commonwealth Success

illustration of a netball player catching with ball in background

Since the 4th of April, we have been a nation swept once more into the fast-paced world of the sporting community. With this year’s Commonwealth Games, we’ve experienced the highs and lows which come alongside any significant sporting tournament. We’ve had BBC presenters falling into swimming pools, and controversial disqualifications. We’ve had low points, and highs. And, one high of note is the fact that England’s women’s netball team is through to the semi-finals. What’s more, they played a record game against New Zealand, ensuring that neither Australia nor New Zealand are in the finals for the first time since sport was introduced to the games in 1998.

It’s understandable, then, that many of us are on tenterhooks for Saturday’s game against Jamaica. While it’s uncertain who will have the upper hand, it’s fair to say England is flying high with a decent chance at bagging the top spot. But, what’s so different about this year’s team which we haven’t seen before?

When you break down the players, you could argue England currently have some of the best in the world. Most notably, our 33-year-old defender Geva Mentor is unanimously considered the best goalkeeper in the sport. What’s more, we boast of players like Chelsea Pitman. Not only is she the only England player to have appeared in a world cup final, but she also came away with gold. And, that’s before you get on to coach Tracey Neville. Sport must run in the family, as Neville’s twin brother became manager of England’s women’s football team in January of this year. But, many would argue his sister has the upper hand when it comes to coaching. It’s thanks to her hard work and continued support that our team have gotten where they are.

Of course, that doesn’t change the fact that we’ve fallen foul against Jamaica twice in the past. First, we lost to the team in a home match at Manchester back in 2002. And, the same happened in Glasgow four years ago. So, it would be naive to assume we have an easy match ahead. Still, getting this far has been a massive boost for the team and the nation. The success is, of course, made especially sweet by the fact that we bowled former leaders New Zealand out of the court. But, just why does our netball team’s success mean so much to us? 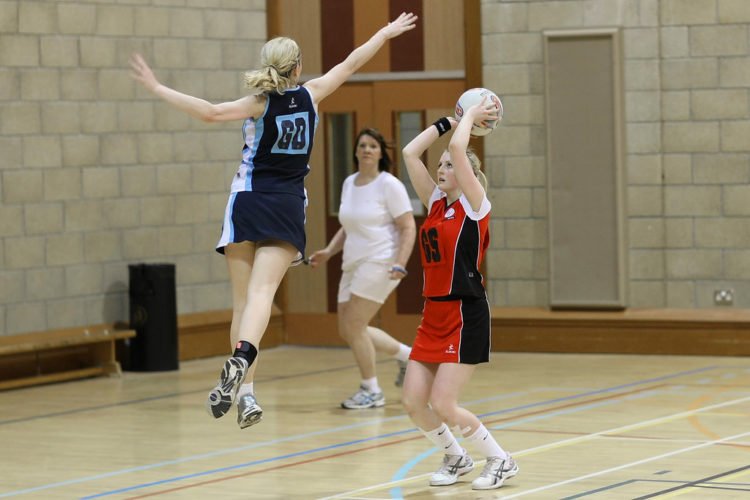 On the one hand, it’s impossible to deny that a victory on the netball pitch would feel like a boost to female power. During a year in which we’ve had to face shocking realities about pay discrepancies and sexual inequality we thought was behind us, it’s about time women had a win. Though this is by no means a female-only sport, it’s one of the few fields in the sporting world which is headlined by female teams. From school age, this is considered ‘one for the girls’, and male teams are less at the fore. While we’re all for sharing the playing field, does it really hurt to give women a moment in the spotlight? With a little luck, this could go on to be a determining moment for women taking back some of the mantels on team sports like these. And, that’s a good thing indeed.

Coverage for a neglected sport

This seems to be the year for netball, with the sport seeing a significant boom since the start of the year, especially in areas such as Birmingham. Success has been so substantial that there’s been a 44 per cent increase in grassroots players in the past year. But, even with this success, it’s fair to say that netball is a somewhat neglected sporting option. In part, many in the field blame this on the fact that the sport has never appeared at the Olympic Games. And, given the response to our commonwealth appearance, it would seem this opinion isn’t too far from the truth. After all, keeping a sport visible is half the battle. If people don’t know this option is there, it’s much harder to engage them. But, the boom looks set to burst and continue, especially if we perform well at the weekend. If you’re interested in following in the steps of those iconic women on your screens, why not start a netball team, or join an existing group in your local area? Head online and learn more here about teams near you, or do a quick online search. Either way, getting on the court can only help to spread the netball message. If nothing else, your efforts can show support to the women who have done so well this past week.

As is often the case in sporting events, there is also an overwhelming message here to keep on trying against the odds. Though England’s netball team have always struggled against the high stakes of New Zealand, they went out there with all guns blazing, and it paid off. In many ways, determination like this is the reason our athletes have such stable places in the nation’s heart. Sport is all about pursuing, pushing, and persevering. In the sporting world, it won’t do to let a defeat get you down. There’s always another game coming up, and getting back on the horse is essential for any chance at success. And, when the efforts do lead to victories like these, we all feel that motivation to keep trying. Because you never know when that win will come around to you.

So, it would be fair to say that the success we’ve seen already has taken netball in the right direction. Going even further is sure to take that message to a whole new level. Even if you’ve never given netball the time of day in the past, it’s worth paying attention to the upcoming games. It’s much more exciting and fast-paced than many people seem to realise. And, anyway, it’s essential that we show our support to a team which have done us so proud.

Rise In Knives, Rise in Cuts: Crime In The Capital