Lessons from teaching Brexit to foreign students: Austrians are amazed at gullible UK

Admittedly, it is a subject I would rather not have to teach. Remain would have won in 2016, and ‘Brexit’ would have been a shelved pun coined by Eurosceptics. But life moves on, and instead it is a term that will define a moment in history.

A year of teaching students in Vienna about Brexit has left me enlightened by the differences between our two countries.

Understandably, there were mixed responses when I entered a classroom and announced a lesson on Britain’s withdrawal from the EU.

Some students were not aware of what it really meant, some knew little bits here and there, and on the odd occasion some were well informed. Regardless of their prior understanding, most students showed an active interest.

My lecture began with a backstory of how the referendum was born. This included a section on the UK’s turbulent love affair with the EU, helped by the student’s knowledge of how the organisation has changed over time. Specifically it focused on the 2015 General Election and how Eurosceptics applied pressure on the Cameron government.

Moving onto campaigning, I asked the students to come up with some of their own debate cases. This proved more difficult than I had imagined thanks to Austria’s low levels of Euroscepticism. Here, even the new conservative government made their coalition partners pledge to become ‘pro-Euro’ before signing a deal.

I then showed them the real campaigns through a variety of different media. Primarily, I tried to highlight the disastrous propaganda of the Remain camp compared with the emotive efforts of Leave. I ended the lecture by contrasting the forecasted and actual outcome, and then opened the room up to a Q&A.

At this point it almost seemed like I became the student.

‘But how can people have believed the information in the campaigns?’ one person asked. ‘Yes, the Remain posters are boring, but the Leave side just gives short phrases and eye-catching pictures. They barely say anything at all’. Another followed with; ‘If nobody in power was saying that these things could happen then why did people believe it?’

It became clear quite quickly what sets us apart from our European neighbours. It boils down to political literacy, and it was not something that I necessarily had planned for.

Levels of political literacy among young people in the UK are low. In the last Ofsted Review, dated 2013, only around 12,000 (or 2 per cent) of all students studied Government and Politics at A-Level. Politics is largely absent from state education and is a taboo for teachers, meaning adolescents begin life as democratic citizens without a basic understanding of the political system they inhabit.

By contrast, in Vienna I have taught classes on international politics, humanitarian frameworks and historical watersheds. These are in the students’ curriculums from the age of ten and are even being taught to them in a foreign language. Moreover, in the run-up to their own election, posters detailing the policies of each party were littered across classroom walls. Even in my college that specialises in vocational sports, students are forced to become politically aware. This includes both national and international content, and the quality of classroom debates is generally very high.

Imagining the same thing in a British school is impossible. 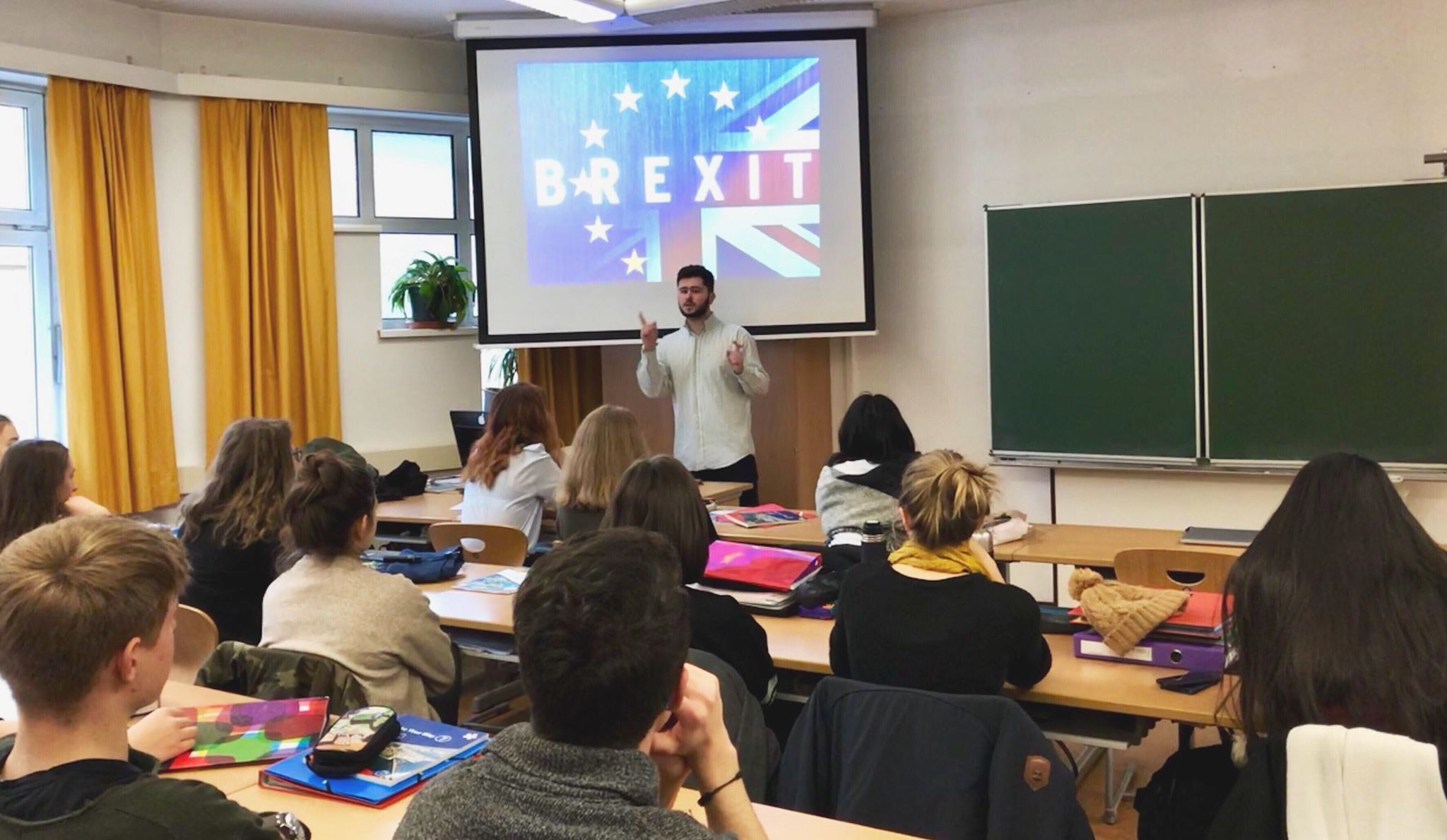 It would be futile to say that higher political literacy among young people would have changed the referendum result in the UK, and I am not trying to use this to slander Brexit.

If we put our withdrawal from the EU to one side however, I don’t think the question of political education itself is a partisan issue in the UK.

While it is known that many Tories approach changes in teaching with caution, it may also be a risk for Labour. Specifically, I believe that Corbyn’s ideals would have less of an appeal among young people if they were more aware of the realities of power. Improved political awareness might, however, help to eliminate a new trend in bandwagon social media politics that vilifies anyone on the right of the Shadow Cabinet.

A difficult debate with no solution?

So what exactly can be done back in the UK? More importantly, will it ever change?

If the government were to alter its position on political education, it would involve quite a transformation. It would require teachers to be neutral in their approach and encourage a freedom of speech in the classroom — something far more difficult to implement in practice than on paper.

It is no secret that many teachers are Labour supporters, making an overhaul by a Tory government unlikely. Similarly however, if a Labour administration were to endorse these changes while under leadership it should be equally wary of the implications.

This debate on education will continue long after Britain leaves the EU. What I can say with confidence however is that levels of political literacy among young people are far higher outside of the UK. Whether you see that as an advantage or a disadvantage is matter of opinion, of course.

Business Never Has To Be A Game Of Chance

I first began writing for Shout Out UK in November 2015 while in my first year at university. In February 2016, while studying at the Charles University of Prague I was appointed SOUK's Politics Columnist. Since then, I have conducted interviews with MPs and civil rights activists from the U.K. and other places in Europe. Since graduating from the University of Liverpool, I have taught current affairs in two colleges in Vienna, and am about to start a new adventure in the Houses of Parliament. Among other things, I love to travel and enjoy a very hectic social life.