On the last week of April 2018, Shout Out UK teamed up with the US Embassy and the News Literacy Project to host a series of three Media Minded events across the UK

‘Be skeptical, not cynical’ — Damaso Reyes, The News Literacy Project 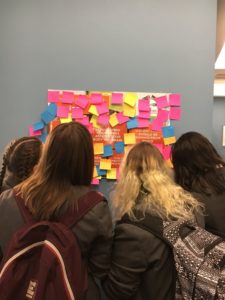 On the last week of April 2018, Shout Out UK teamed up with the US Embassy and the News Literacy Project to host a series of three Media Minded events across the UK. Held in Birmingham, Belfast and Newcastle, Shout Out UK welcomed over 300 year 10 students to an event which challenged common perceptions about the media and asked students to think critically about the information they consume!

With increasing talk of ‘Fake News‘ in recent years, and with Instagram and Snapchat forming the main sources of news for young people in the UK today, the events were a timely lesson in the importance of fact-checking while not rejecting news media entirely. Media Minded worked alongside students to hone the practical skills needed to find our way through the confusing, and often intimidating, modern media environment.

Each event began with students looking at headlines on 4 topics: GMOs, Jobs and Automation, Millennials and Gaming. Probed to think about how the headlines made them feel, whether they recognised the sources or not and how reliable they thought they were, the students got involved by writing their thoughts on post-it notes and sticking them on the headlines. 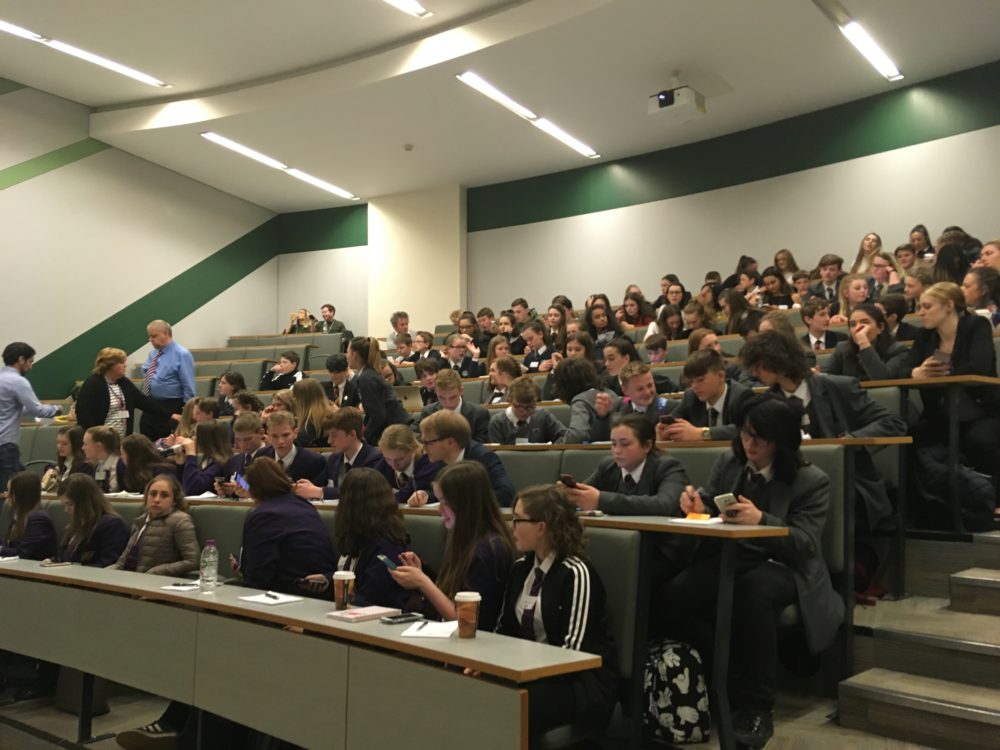 Discussion turned to where students get most of their news from (Instagram), how reliable they think it is (not very) and what they do to check it (nothing) and engagement was high — until the post-its became a tool for swapping Instagram names …

We were then joined by Damaso Reyes, a journalist at the News Literacy Project, who came all the way from New 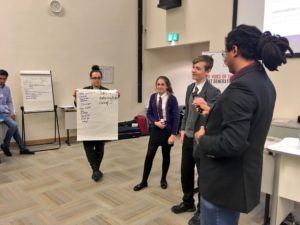 York to give a compelling talk on how to be more conscious and critical consumers of media. Showing us examples of photo-shopped images and made-up posts, Damaso highlighted how easy it is to be misled, and gave ‘7 steps for how to not get fooled’ by the media:

1. Check your emotions — what’s your first reaction? Why might they be trying to make you feel a certain way?
2. Determine the purpose of what you’re reading, watching or hearing — what has it been created for? Do you know the source?
3. Be aware of your biases — are you assuming (or hoping) that it is true or false?
4. Consider the message — is it aggressively partisan? Consider the language and use of excessive punctuation — is it loaded?
5. Search for more information — look on reputable news outlets, independent fact-checkers and trace it back to where it first appeared
6. Go deeper on the source — look at the web domain and other articles on the site, check the author’s social media use and whether they have issued corrections in the past or just deleted posts
7. Go deeper on the content itself
– By-line (author – who are they? Are they an expert? What else have they published?) — Date (is it relevant?)
– Quotes (are they traceable? Have they been taken out of context? Are they from reputable sources?)
– Image search (where does it come from? Has it been tampered with?) 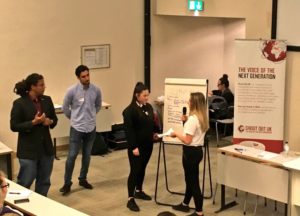 While we should be critical of the information we receive from the media, urged Damaso, this should not cause us to be so cynical that we reject the media altogether and turn to conspiracy theories instead. Reputable, established media outlets have teams of editors and fact-checkers. By using well-known sources and using the 7 steps, we can all become conscious consumers of the media who are aware of bias and how it affects us all.

Damaso then touched on the term on everyone’s lips — fake news.

Highlighting the problems that can ensue when ‘fake news’ is used to describe opposition arguments, Damaso explained that ‘not all misinformation is fake news’. ‘Fake news’ is a very specific misinformation strategy, he said, and ‘conflating rumours, hoaxes, false claims and mistakes in journalism with ‘fake news’ obscures and ends inquiry’.

Enthused and inspired, the students then split into groups to analyse news articles and put the 7 steps into practice. Using their most powerful tool — the smartphone — students completed their own background checks on authors and sources, sought up-to-date information, went on fact-checker websites and compared findings from different sources, ultimately producing their own ‘Action Plans’ on how to be more critical consumers of the media. 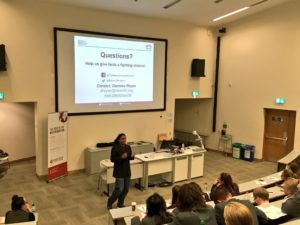 Rebecca Tigue, Teacher at the University of Birmingham School said:

‘The level of engagement you created from our students was truly great! The pupils felt they were treated as mature young adults, without being condescended to, which is unfortunately often the case with external facilitators, and given challenging topics to explore which were poignant to young people. They also felt the tips they were given to spot fake news would be useful. They were especially excited to work with members from the American Embassy and hear from a lecturer from New York, and began to understand what a significant role fake news could play in the political field especially’.

Now, why not put some of what you’ve learnt into practice with this article?! 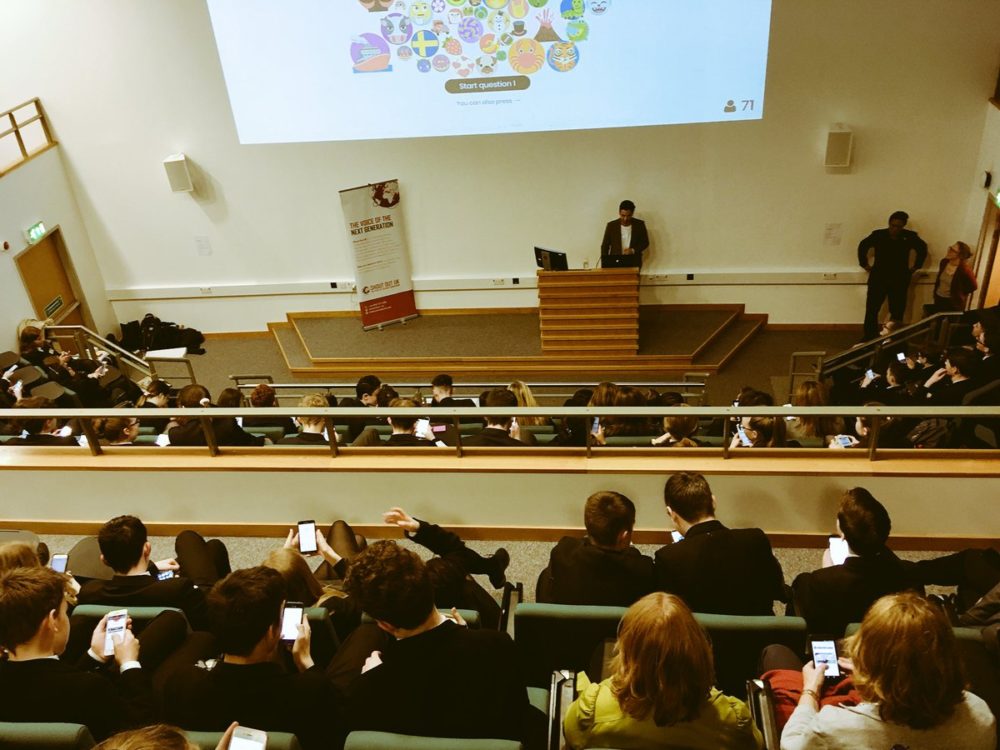 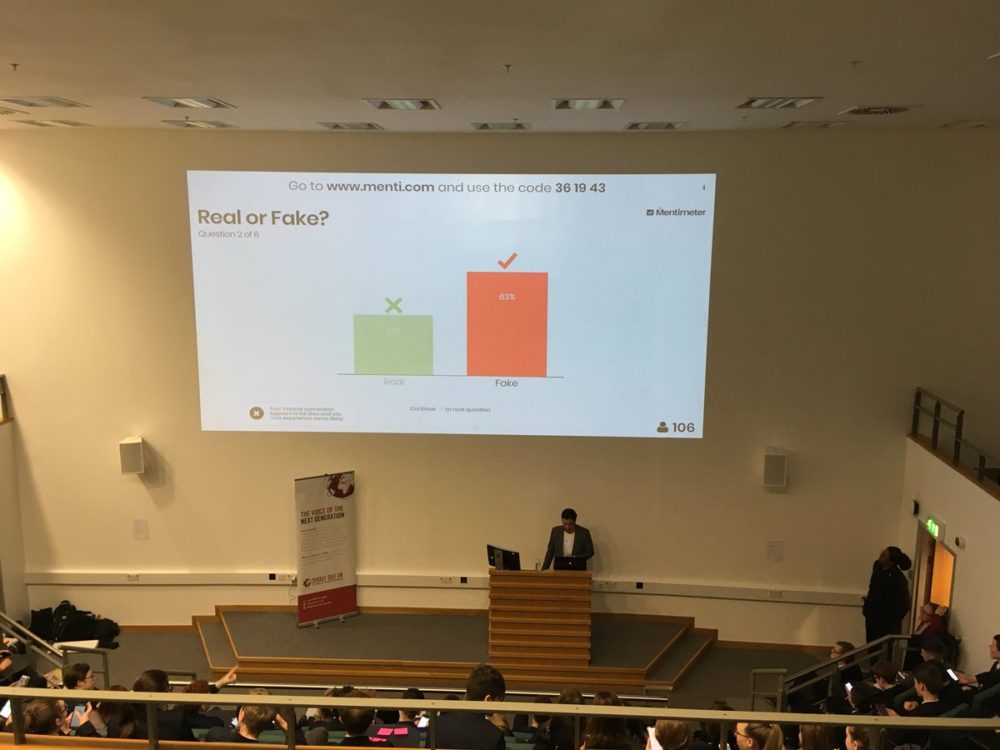