Brexit VS Manufacturing: Will The Industry Survive?

Will the manufacturing industry survive Brexit? As the UK slowly trudges on towards the Brexit conclusion, it’s important to constantly examine how this change is going to impact some of the most important industries in the UK today. That includes manufacturing. Manufacturing accounts for roughly ten per cent of the UK economy today. While that in itself is a sizeable chunk of business, that’s not even the end of the story. Indeed, it’s true to say that manufacturing also impacts various other jobs and services in the UK as well.

In total, manufacturing accounts for close to fifty per cent of total imports and exports in the UK. So, it’s not just important for people working in the manufacturing industry. It’s crucial for the economy as a whole. Is Brexit bad news for manufacturing?

Well, let’s get started by looking at some of the positives that will hopefully arrive once Brexit comes into full effect for manufacturing. 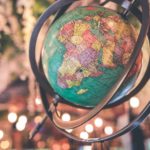 One of the factors that Brexit supporters have been most exciting about is the fact that boundaries and regulations will be broken down. Once the UK leaves Europe, it won’t be constrained by existing regulations, and this includes in manufacturing. In particular, there’s a possibility that labour laws and payment levels will become more competitive targeting rival countries like China, America and, you might be surprised to hear, India. That’s the general hope though it’s worth pointing out that it’s not confirmed as of yet.

Then, there are the tariffs that make manufacturing incredibly difficult and expensive for business owners. With Brexit out of the way, we might just have more freedom on the market. We can come to the table with the hope of gaining better tariffs for trade that will help boost industries like manufacturing. Of course, again, there’s no guarantee that America and other countries will be willing to offer new deals. Europe, in particular, has stated that it will be taking a harsh stance against Britain when it becomes a single market. Are there any other potential benefits?

Ultimately it does depend on the manufacturing sector whether or not the results of Brexit will be positive. For instance, food processing companies will perhaps benefit from Brexit because these businesses actually export very little of their products to Europe. Imports from the EU in this industry are slightly more significant but not to the extent that it should have a negative impact.

We will also be able to create free trade agreements with other countries across the world, once again, finding ourselves in a stronger position. However, we may lose our current FTA with Europe. So, let’s look at some of the negative aspects of Brexit.

Doom For The Auto Industry? 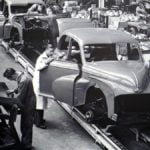 Not quite, but it’s certainly not looking good. Many of the areas most at risk from Brexit are in the South including Birmingham, Coventry and Durham. These areas, unfortunately, rely largely on manufacturing industries such as the automotive sector. This relies heavily on supply chains from the EU, and it will be impacted by Britain leaving. Indeed the SMMT have already warned that the cliff edge would have disastrous consequences for this particular section of the manufacturing industry in the UK.

Overall, manufacturers will be looking at higher costs in general. While tariffs may end up being beneficial for these business owners, it is possible that a hard Brexit scenario might emerge. In a case like this, there will be no trade deal and the tariffs put on imported UK goods will be changed. We have already noted that some areas of the manufacturing industry will be impacted by this more than others. However, overall it could lead to financial difficulties.

As well as tariffs, businesses need to think about the impact of harsher borders between the UK and Europe. Right now there is free trade between the UK and the rest of Europe. This means it doesn’t matter where a good or product originates from as long as it is manufactured in the EU. Once we leave, EU countries will impose stricter policies on imports from the UK. In a similar case scenario, the UK will also be restricting goods from the EU being imported into the country. Again, this is going to add more costs for manufacturers who may currently rely on supplies from EU countries to produce their products.

They may be forced to spend more time filling out forms and engaging in authorisation processes that could otherwise be spent in different areas of the business model.

This is, however, the worst case scenario and many believe that the price for manufacturers in the UK could fall by as much as 20 per cent after Brexit. That could have a ripple effect on the economy, increasing levels of competition and providing higher rates of productivity.

How Can Manufacturers Deal With The Pressure Of Brexit? 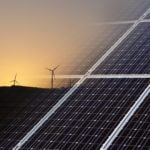 The first step for manufacturers dealing with Brexit is certainly to check out the tariffs that they could be charged when it comes into effect. Tariffs are specific to each import or export and will, therefore, differ within each sector of the manufacturing industry, with some feeling the strain more than others. Getting to grips with the costs will allow businesses to prepare for this type of pressure.

However, business owners will also need to look at ways to reduce their cost and increase their level of competitiveness before Brexit comes into full swing. Many manufacturing companies are now moving towards specialisation, fulfilling only one process involved in producing a product. Others are using outsourcing companies to handle certain areas of production, such as hydraulic fittings. By doing this, they are able to lower the costs significantly, passing them on to other companies. One of the issues with outsourcing is that it can lead to a lower quality result. Though by selecting the companies they work with carefully, this should not be an issue.

Businesses are also going to have to work towards modernising their model, and this is particularly important for the manufacturing industry. One impact of Brexit that cannot be denied is certainly the level of labour available on the domestic market. Currently, blue-collar sectors such as manufacturing are able to find cheap labour due to the free immigration that currently exists between the UK and the rest of Europe. When Brexit is fully initiated, it is likely that borders will be far stricter, resulting in lower levels of workers on the market. While many people believe this will provide more opportunities for UK employees, evidence suggests that they are not willing to work for the lower levels of pay that keeps industries like manufacturing profitable.

However, the answer to this issue lies in technology, and it would be wise for all manufacturing companies to start moving towards automation. With automated processes, the workforce becomes less important, and this concept is already being implemented in factories across the UK. Another key benefit of automation aside from reducing the need for a large workforce is that it lowers the cost of the business model overall.

This isn’t the only way that heavy industries like manufacturing can increase their competitiveness post Brexit by lowering costs. UK companies and the government overall should be turning their attention towards Denmark. They are setting a prime example of how renewable energy can be used in the future. Denmark is one of the countries who are moving towards an economy completely run on renewable power. They have already test-driven this concept with one day spent powering the entire country, purely from renewable energy. With this type of bold thinking, the UK can significantly reduce costs of high energy industries like manufacturing. This will be particularly beneficial when competing against countries like America where the shift has been back towards a dependence on fossil fuels.

Finally, manufacturers can start looking at building trade deals with countries outside the EU where it is likely that costs will be lower overall after Brexit.

Hope For The Future 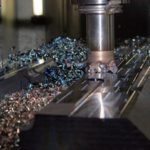 While it might seem as though the manufacturing industry is going to be negatively impacted by Brexit, there are some signs that the outcome could be far more positive. It is possible that free trade between the UK and the EU continues and all tariffs are withdrawn. This will occur with a soft Brexit and boost profits for both parties, benefiting industries such as manufacturing in the UK. Alternatively, if both parties decide to levy tariffs, then the impact on manufacturing would not be as significant as it first seems due to the tariff rebate by the UK government that is on all exported products.

And of course, there is always the promise of greater trade deals with other countries outside of the EU which will be far more lucrative once we are free from the regulations of the Union.

Nepotism at its finest: 7 out of 10 young people use family connections to get a first job

Nepotism at its finest: 7 out of 10 young people use family connections to get a first job