Labour is for the many, not the few. Well, the vast majority of its members and voters want a vote on whatever the Government does with Brexit. So, yes. If Labour wants to stay true to its values and its base, then it has to support giving people that vote.

And yet somehow, questioning Brexit in any way is seen as attacking Jeremy Corbyn? Before Brexit completely diverted my life, my career was just about ensuring the protection of human rights. In 2015 I was working for a human rights NGO that focused on abuses in the Middle East, and it lobbied against the sale of arms to Saudi Arabia because they were being used to commit war crimes in Yemen. The EU even pushed for an arms embargo to stop these abuses. I was ashamed that my country was one of those facilitating the bombing of hospitals and schools. And the only person I could see in the UK Parliament who actually seemed to care was Jeremy Corbyn. He was the first UK politician I fell in love with. So I question Brexit BECAUSE of the values I share with Jeremy Corbyn. Supranational protections are absolutely necessary for anyone who understands the real purpose of human rights: protecting people from governments.

Corbyn’s Labour is supposed to be a party for the many. Brexit increases the cost of European trade in favour of trading further away which also increases costs. What sort of companies will be more able to cope with a rise in running costs? Small and medium size companies or large multinationals? Who is Labour supposed to be fighting for?

The UK needs a serious shift of investment towards the areas that have been left behind. Yes, I mean the areas that voted for Brexit. They need jobs. They need transport infrastructure. They need thriving economies that don’t depend on London. They need concrete hope of a better tomorrow and Brexit is stealing it. It’s not just that Brexit is sucking all of the time, money and resources out of Westminster, preventing them from actually addressing the issues that matter to people. Also, not being in the European Single Market makes us less attractive as a base of operations for employers. The Nissan factory in Sunderland is the life blood of 27,000 jobs in the North-East and 75 per cent of its cars go to EU countries. The Japanese chose the UK because everything that is made here is automatically legal and sellable across Europe without costly paperwork or checks. That’s what being in the single market means. Labour cannot stand by while the most neglected areas in the country lose the industry they have, especially after those people were promised that Brexit would make things better. 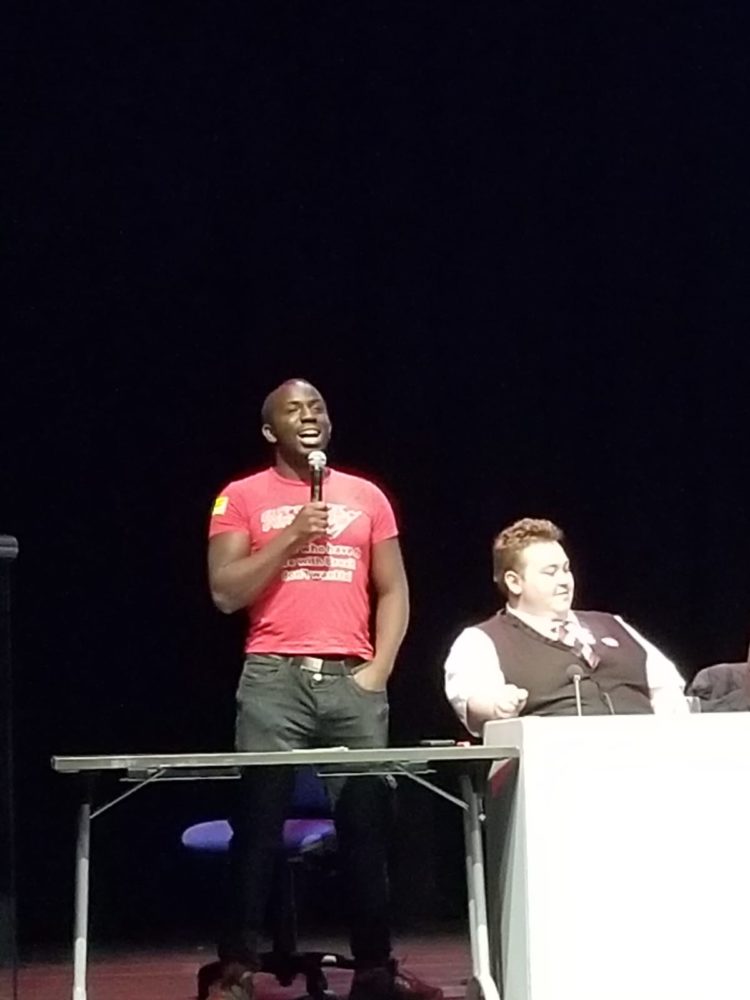 Brexit makes the radical change that we need impossible. There are those that say that the EU’s cap prevents the investment required. The cap is about not plunging the economy into debt. It is not about how much we can spend on rebalancing the country. Furthermore, the cost of fixing the country is more likely to plunge it into debt if we let Brexit screw up the economy. Brexit creates a hole in our bucket that investment will simply leak through.

Even if you are okay seeing our human rights protections trashed by Brexit … even if you are okay seeing the poorest in society worse off … even if you’re okay seeing the NHS flatline while its doctors scream out for help …  and even if your priority is simply to finally see a real socialist government — you can’t let Brexit happen. Why? Because if Corbyn is left holding the bag when the damage from Brexit hits people, then not only will he and Labour be blamed, but it will be blamed on the very concept of socialism. Consequently socialism would not see the light of day in the UK for a generation.

A general election doesn’t solve the Brexit debate as there would still be those who believe people want to leave. The only way we get out of this is if people are allowed to look at the deal that May and Jacob Rees-Mogg want us to sign, before we actually sign it. There’s a reason all of the right-wing press are screaming about ‘Brexit betrayal’. That’s because Brexit isn’t working for anyone. But only the people can change this country’s direction so we can start addressing the issues that really matter.

2.8% is spent on preventative health care a year – is this enough?

2.8% is spent on preventative health care a year - is this enough?