‘Spirited’ is a new exhibition making its debut at Manchester Portico Library, which has been funded by Spirit of 2012. The installation kicked off on the 18th of October showcasing the unsung heroes of the suffragette movement.

The experience guides you around the stunning settings of the library introducing you to five young women who fought for the vote only to be excluded due to age or class. One of the young women is Elsie Duval who joined the suffragette movement age 15, was arrested, imprisoned and force-fed multiple times. Elsie died at the age of 27 with the circumstances of her death being linked to the aggression she experienced when being force-fed.

She was three years too young to cast a vote. 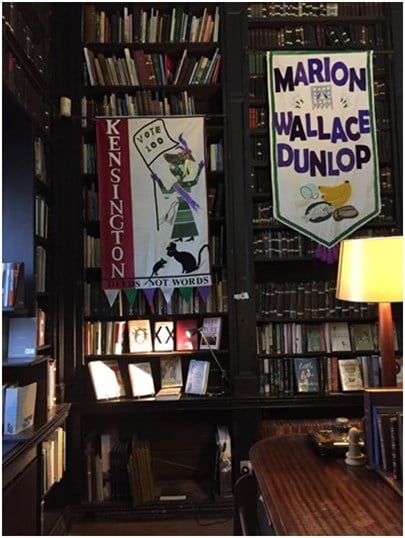 The exhibition will be free for public viewing from October 19th to the 3rd of November with evening events running throughout this period; including a reading from Helen Pankhurst, details of which can be found here.

Spirited was created with the intention of marking the centenary of women winning the right to vote 100 years ago. However, the take-home message of the event and indeed the work of Spirit of 2012 is that we women have come far, but the fight is far from over.

Spirit of 2012 funds multiple projects across the UK. One of these projects is ‘EmpowHER’ which is a new programme being delivered to girls and women between the ages of 10-20 by Youth Action in partnership with the British Red Cross. The project engages young women to become leaders in their communities. Christina Watson (Head of programmes UK Youth) who attended the opening of the exhibition, stated that the ultimate goal of the project was to improve the wellbeing of young women by providing a space in which they can learn and become leaders.

The youth advisory panel is now also open to new members. Muhammad Patel and Elizabeth Powell who were members of the past panel spoke fondly of the memories and experience they had gained. Spirit of 2012 puts young people at the front of decision-making. Ten members of the panel have the responsibility of allocating money from their challenge funds to projects they feel will empower young people.

Guests were given the opportunity to take as long, or short a time as they wished to make their way around the six stations of the exhibition: Deeds, Love, Male, Media, Law and Words. Some chose to do this in groups while others decided to make the journey alone. The exhibition is made up of photographs, letters, news articles and audio clips allowing guests to be fully immersed in the story of these five women whose names, before the opening were widely unknown to attendees. The exhibition has been designed to provoke, and inspire young people to think about ways in which they can join in on social action by learning about and engaging with the projects funded by Spirit of 2012. 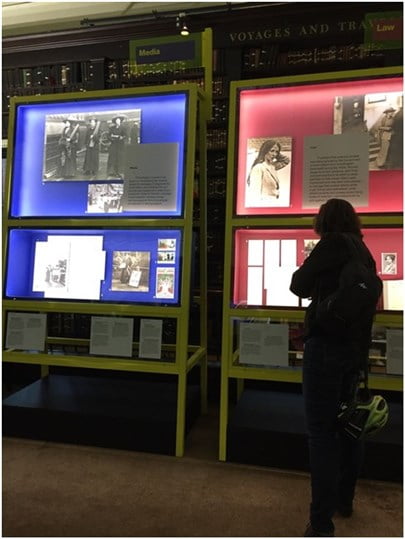 Cathern Kiernan-Jackson and Amy Crean, members of the Portico Library, attended the opening event and were particularly touched by the stories of these women who, ‘fought for the vote but didn’t get it’. They mentioned that conversations in regards to the suffragette movement were often focused on Emily Pankhurst and often omitted class. For example, the Act passed in 1918 stipulated that a woman must be over the age of 30 and own property (or be married to a man who did) in order to qualify for a vote. The events of 1918 mark the rise of Feminism and the fight for gender equality. The exhibition is a fitting nod to the brave women who paved the way for the next generation and provides a platform for modern-day feminist heroes. Amongst them are Nimco Ali (a prominent activist campaigning to end female genital mutilation) and Ruth Ibegbuna (founder of RECLAIM — a Manchester-based charity supporting working-class young people in social activism). Both strive to inspire and educate women (and men), young and old, to engage in politics and activism. Nimco and Ruth will host events as part of the Spirited exhibition.

‘A provocation to young and old to think about the effects of social activism’. — Quote from the Spirited Brochure

The exhibition is an interactive experience both during and after. While the tragic stories of these women are moving, it is particularly thought-provoking to see how far not just women, but the world has come. When speaking to Linda Grant (a trustee of the Spirit of 2012), she notes that while negative things are happening in the world, there is a lot of good too. When making the comparison between women’s rights and gender equality, we have certainly come a long way in these last 100 years.

Linda shared that the role of the spirited exhibition was:

‘part of trying to encourage and celebrate the youth and the role [they] played as part of the suffrage movement 100 years ago. The young people who played such an important role, the names we don’t really know, whose stories we don’t really know — the untold stories. Really setting out to try and surface those stories as part of this centenary year, and at the same time trying to encourage and stimulate young people to really set themselves and try and be part of creating the change they want to see in their communities here 100 years on.

I think it’s safe to say that not everything is solved and that there are a number of works still to be done, and so we want to see young people out there and really being part of that solution, and part of this is really to provoke thinking around that’.

Spirited invites its guests to engage with the exhibition during its two weeks at the Portico and to join the campaign online using #spirited. Visit the event and find inspiration in the stories and lives of young people who became the change they wanted to see. For more information on Spirited and how you can join in with social activism see the Spirited website.

Why It’s Essential To Choose A Career That Embraces Automation

How To Have The Ultimate Romantic Holiday

How To Have The Ultimate Romantic Holiday