An event on advancing gender equality amongst minorities gives much hope.

On October 29, I attended the Muslim Women’s Network UK (MWNUK). An event on Women Advancing Gender Equality, which took place at Portcullis House. The panel included Shaista Gohir who is the network’s Chair, Jo Swinson who is Deputy Leader of the Liberal Democrat Party and Adeeba Malik who is Deputy CEO of QED, which is an organization that provides opportunities for ethnic minorities. The panel and audience discussed changes they want to see for Muslim and other minority women and the progress made thus far.

‘Islamic feminism derives its understanding and mandate from the Quran, seeking rights and justice within the framework of gender equality for women and men in the totality of their existence’.

This is the definition of what modern-day Islamic feminism is by Margot Badran, a historian of women and gender issues in Muslim societies, who has written such books as: Feminists, Islam, and the Nation and her most recent, Feminism in Islam: Secular and Religious Convergences.

Though writers such as Badran provide the public with researched academic arguments in helping to understand the lives of Muslim women, they still face prejudices. This may be because people don’t fully appreciate what is involved on a daily basis when you are a Muslim woman.

This is why women such as Jo Swinson and Adeeba Malik seek to understand how the rights of women are often forgotten. Swinson recently wrote a book titled, Equality for All and how to Achieve It and has been campaigning for family-friendly policies such as equal paid parental leave, feeling that the first year of a child’s life is important for bonding. She is amongst many who want to understand the issues faced by ethnic minority women, explaining:

‘I have white privilege as I have never been stopped and searched, so I want to understand what other women from different backgrounds go through’.

That is why partnering with people like Adeeba Malik CBE can help overcome this. Malik is from Bradford and used to be a teacher but now sits on various boards and has developed charities. Her work has focused on employability opportunities for Muslim women in hard-to-reach places. One of her projects has been the creation of a pre-departure programme for women who come to the UK from Pakistan so they can integrate more easily  by learning basic English. She also wants to raise the aspirations of UK children and wants young girls to believe in themselves more so they can be in decision-making roles. But young girls can only be leaders when they are older if they have good role models — something that Malik’s niece, who places beauty before brains, lacks because of the influence of celebrities such as the Kardashians. 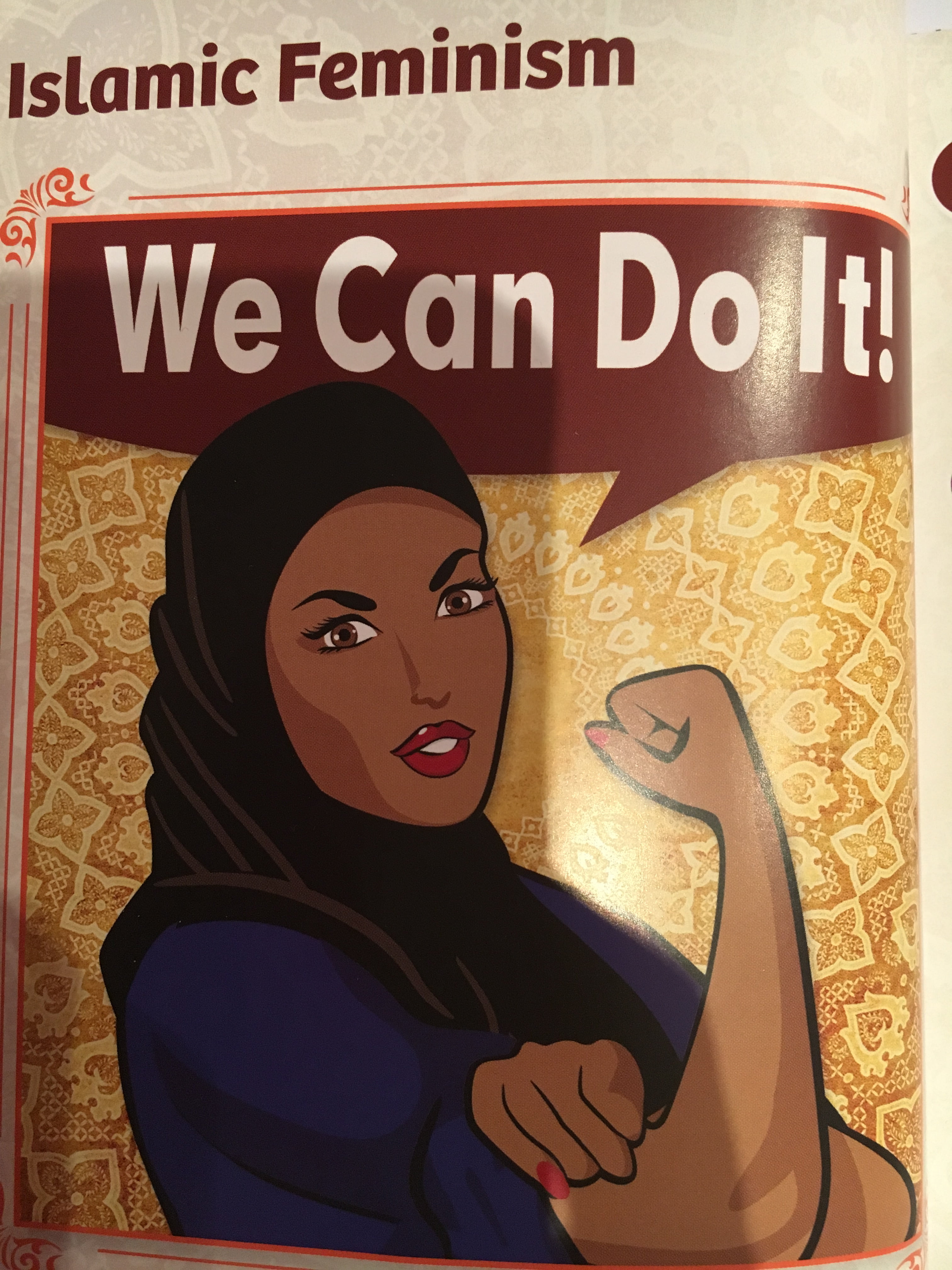 For this reason, when politicians like Swinson work with leading campaigns it helps young Muslim women feel that they belong in Western society.

The panel wanted the audience to take part in the discussion so questions were encouraged. My question was:

What work has been done in regards to changing the media’s representation of Muslim women on TV shows — especially in light of the recent BBC series,‘The Bodyguard’ where a Muslim woman plays a terrorist?

Swinson’s answer was that news reporting is bad nowadays as terrorism is always linked to Islam so the general public are only interested in what they hear and read. She added that the media does get it right sometimes as ‘CBeebies does a good job in representing people with disabilities … [from different] races etc’. Malik’s response was that more work needs to be done to combat these negative stereotypes and get more women making the programmes.

Janie Frampton, who is currently the first patron of MWNUK, is one individual doing her part to change perceptions and offer minority women the chance to shine. Her career has been in sports which saw her as the referee for FIFA over a 26-year period. Frampton is the owner and managing director of Sports Officials Consultancy, which is a development partner of Sport England. She offers a wealth of experience and advice on how women in Asian communities can engage in football, enabling them to feel part of the sporting world. Her work has also included successfully campaigning to stop FIFA banning Muslim women from wearing hijabs.

I am all for women getting equality but not for men getting kicked out of the argument’.

Attendee — works in a private school in Birmingham

‘I got the chance to speak to Jo Swinson MP about pregnancy sickness as I suffered a lot. […] Both men and women employers have not been helpful to me in the past with this. Famous people like the Duchess of Cambridge also suffers from this, but she is more privileged obviously to deal with it. [ …] More work needs to be done on this in policies for women going through this’.

I believe that equality should not be resigned to one gender as we can only have women’s rights when men feel fully equal too. In the coming years I want the next generation of young Muslim women (and indeed all minority women) to be part of larger institutions, whether in the public or private sector. I also feel that the event reached its objective of getting Muslim women’s voices heard more, as the audience arguably left inspired and ready to do the groundwork in campaigns and projects for minority groups.

Hey there, my name is Shivani Govindia and I have recently graduated from the University of Bath in BSc Social Sciences. I am interested in social/political topics and attending events to provide feedback for others on what I have learnt.