Paris Peace Forum 2018: Preserving the old to make way for the new

Fashion and Art are not just about innovation, preservation is key. Indigenous practices are facing extinction and with them, the opportunity for understanding and making progress.

As an African and a fashion creative, I’m always challenged by the simplicity of auditoriums, break-out sessions and corporate words streaming out of black and white suits — even more so when this comes from that capitol of high fashion and chic: Paris.

Mo Ibrahim, the billionaire Sudanese businessman awarding five million in initial payment and 200k annually to African heads of state who deliver security, health, education and economic development — and who will not stay in power for the rest of their lives — is a man who speaks through his actions. Patrick Gaspard, former White House Director of Political Affairs for Barack Obama, delivered his signature touch, concise questions. Hindou Oumarou Ibrahim, environmental activist and champion of indigenous people dominated a male panel, fearlessly asserting rural women’s ability to govern nature.  Alex Soros, one of the World Economic Forum’s Young Global Leaders delicately manoeuvred through the controversies of large philanthropic organisations.

As one of the Atlantic Dialogues Emerging Leaders, I wore my own statement of peace. A combination of pieces made by the indigenous communities I have been engaging, as small-scale manufacturers on my project: The Rural Retail. Their ancient practices have been ethical and sustainable for centuries, enabling them to work in their own environments alongside their children. I pulled in some extra pieces from my go-to collective of ethical and sustainable brands. The items carry their own distinctive past. Some have been made by young women fighting FGM in Kenya; there are coats from Monroe and Turtle made by women in Vietnam who have escaped sex-trafficking; SEP Jordan make embroidered scarfs and clutches with the help of women from a Jordan refugee camp; there are recycled bottle tops made into luxury accessories by communities in Brazil, which can be viewed at the first sustainable luxury 3D-printed shop in London, Bottletop. My signature headwrap supports crafts workshops for girls who are being protected from abusive arranged marriages in Sudan. Perhaps, reviving Sudan’s incredible yet dying craftsmanship, will prioritise women’s value in their government’s eyes. Each outfit finished with a Kiondo; a Kenyan heritage basket often machine-made by European brands, yet traditionally made from sisal plants.

You see, to me ‘inclusive’ means exchanging exclusive products, processes and knowledge; that which should be commercially owned by the people making or being in possession of this.

When fashion misappropriates or art is held from its origin, it doesn’t just create a barrier of access from the native people. These industries compromise their own creativity and agility to keep up with new trends, thereby precluding sustainability. 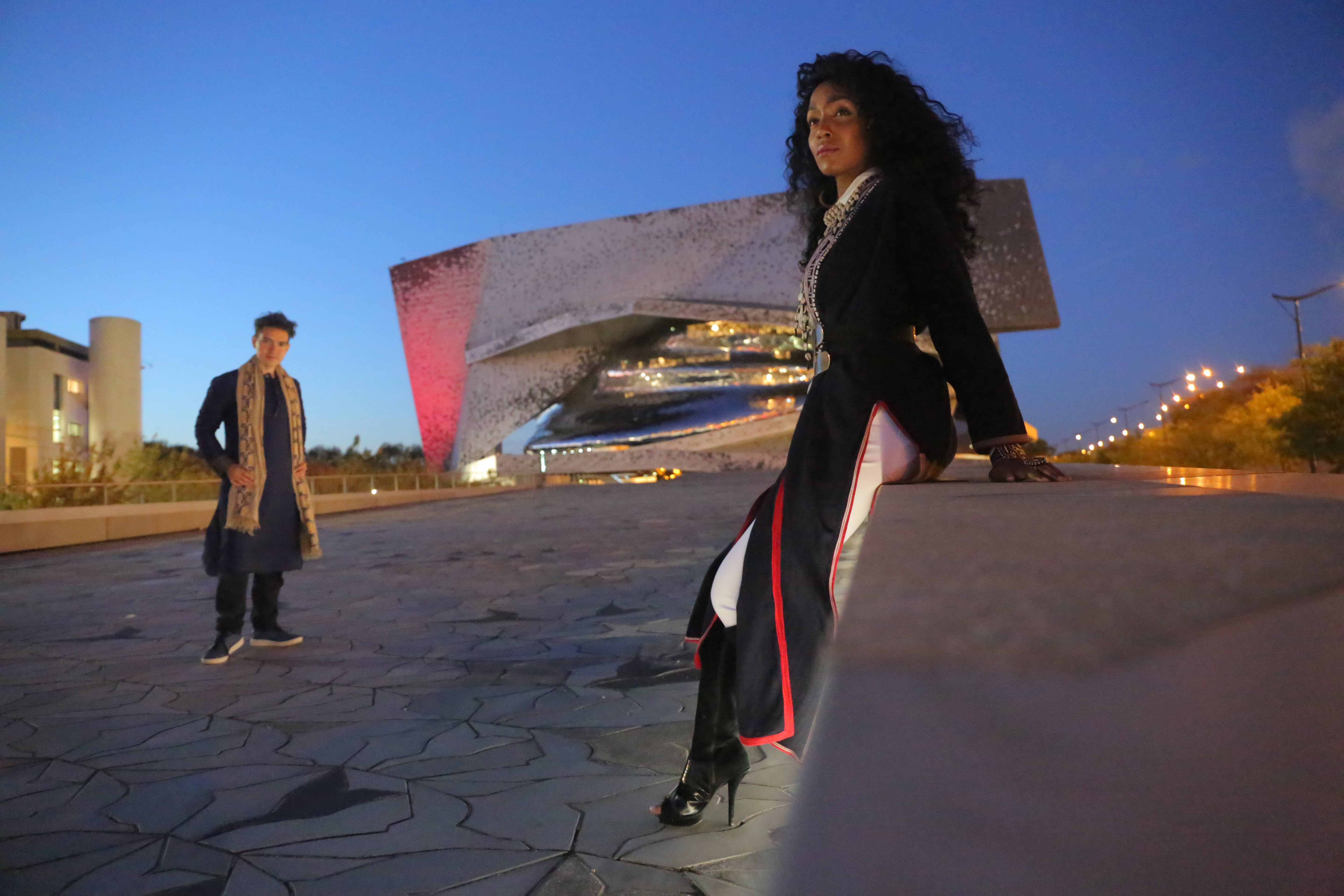 Climate change was the hottest look. The runway oozed with representations of gas emissions, meetings at pools of poisoned oceans, and fish floating belly upwards with toxicity as a result of the ink in our clothes and the beads in our favourite cosmetics. The models aren’t slim out of choice. They reflect the rural communities on a fast conveyor belt where children have swapped their traditional ways for plastic accessories. Rural women are on their knees, with one arm holding their babies as the other chisels away. All the while, patriarchy dances on their backs.

In the front-row seats at this mournful show of war on humanity were the industry’s big players, wearing dark shades and busy analysing those sitting in the opposite row. They seemed to be forgetting to take note of the brittle branches right beside them, burning bare to the ground: the next generation. We’re (supposedly) 12 years away from seeing the extreme effects of our pillaging, and the reality is that there might not be a next generation to succeed the front row of power brands. It’s up to this generation to make the right choices. So isn’t it time fashion began designing statement pieces ‘that deliver health, education, [and] inclusivity …’? Is it not the time for business leaders ‘that don’t stay in power for the rest of their lives’? I think it is.

When our time comes to step on the runway, I’m sure we’ll be able to switch that conveyor belt of ruthless money-oriented policy and change consumer behaviour and distribution to allow for greater access of opportunity. It might feel like we are stuck on a floating log in the middle of nowhere, trying to salvage those ancient ways and help indigenous communities undercut by the tidal wave of modernity, but it’s our direct duty to help them survive  and thrive.

In crafting my products with the help of local elder women, I’ve learned to manipulate materials to a specific vision. There are frustrations and there is surrendering. Just when I think it’s a disaster, one adjustment eases my fingers into bridging a new concept. Peace is unpredictable but welcomed when it arrives. Our world is in a state where the threads have been tangled. Women are caught in the middle of this web and nature is suffocating under the weight of human greed and indifference. The question is: what can be done to separate each thread and start again? Specifically, which loose end do we begin to pull at without the risk of tightening the others? I suggest pulling one string in particular to give us the best possible chance: culture.

The laws of Art, Culture and Nature are aligned. The Global Pact For The Environment as presented in Paris is a legal framework containing 26 articles. Perhaps it forms a link to the 26 ornaments held in the French Museum which President Macron promised to return to Benin.

One of the sessions I attended during the forum was a brainstorm with a panel of seasoned, male diplomats called Diplomacy: Old Art, New Practices. The conversation highlighted the lack of young women in diplomatic roles. Political theory in principle might work but as for fashion, I’ll stick to Old Practices and New Art. Here’s a link to my views about the French report’s restitution of African Art on a podcast by The Art Newspaper. http://ow.ly/ntqA30mZ1wj

Global Pact for the Environment Report

Social Media: A place for good and evil in conflict resolution