Like many young people, my first opportunity to vote in a General Election came in 2017, when the Conservative Party entered a Supply and Confidence Agreement with the DUP. These two parties now hold a majority of seats in the House of Commons, despite receiving just 43 per cent of the vote in 2017. Meanwhile, 3.5 million people voted for the Green Party, Liberal Democrats, and UKIP — who ended up sharing just 13 MPs between them. This voter inequality makes me extremely angry. That I was voting in a safe Labour seat, effectively wasting my vote, was salt in the wound.

I felt like I had to do something, to try and fix our broken politics. This is why I have just joined the team at Make Votes Matter. They are an organisation campaigning to reform our electoral system to a form of Proportional Representation (PR) in the House of Commons. I have joined in the build-up to their Demand Democracy Day on  July 6, in which activists across the UK will be setting up stalls to talk to the public about the urgent need for PR.

Proportional Representation fixes some of the more glaring flaws in First Past The Post (FPTP), such as minority rule and combative two-party politics. This is especially important for my generation, who have become so disillusioned by British politics in recent years. PR would transform the way that young people engage with democracy. With every vote cast reflected in Parliament and the end of tactical voting, young people would have every incentive to vote for the party they preferred, without any concern that their vote would be wasted or that it had to be used to keep another candidate out of office. 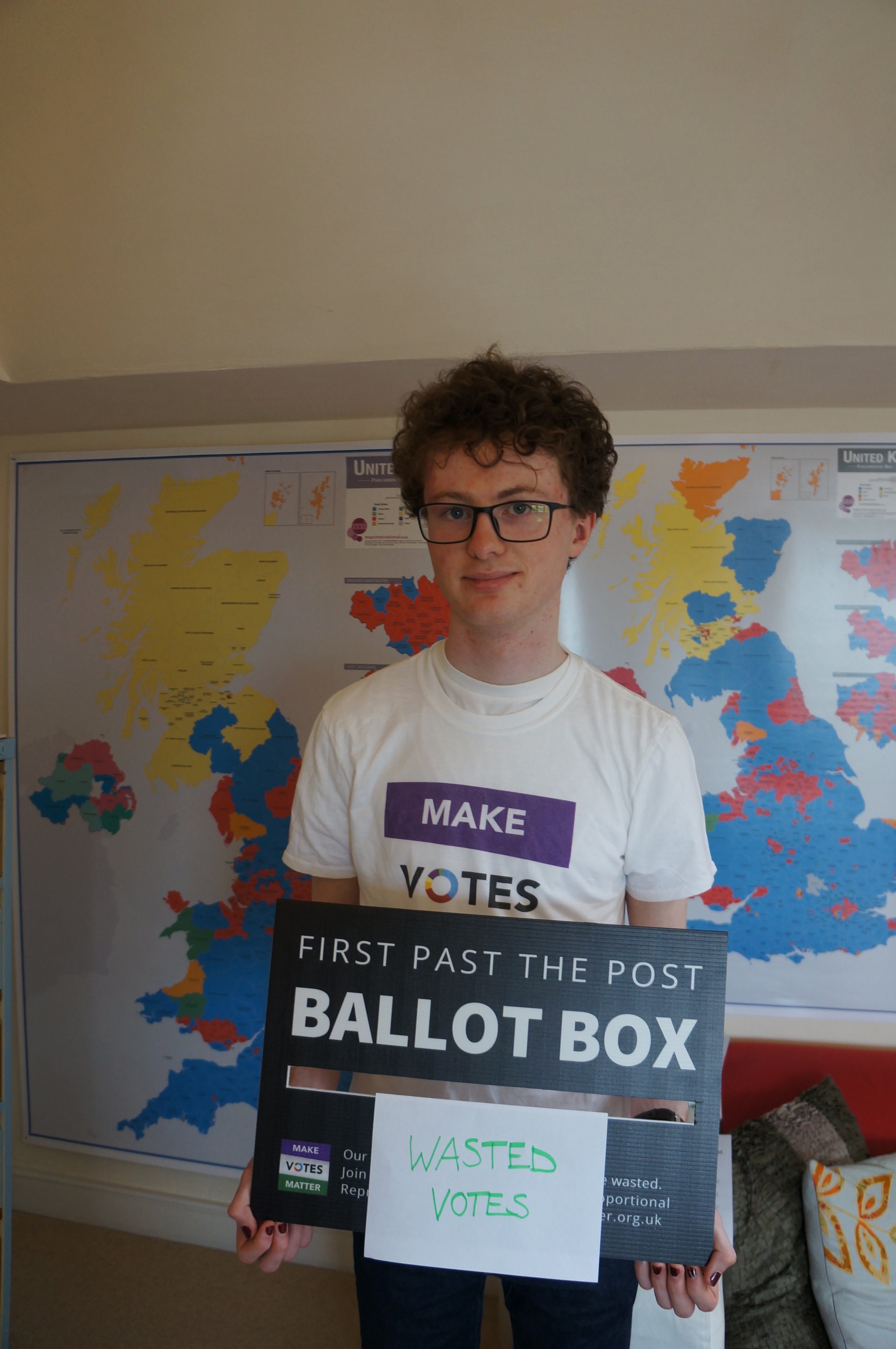 Demand Democracy Day is a national day of action to help achieve PR. In the spirit of the recent youth climate strikes, it is crucial that young people get involved in this equally important demonstration. With more than 70 street stalls and photo opportunities organised across the UK, this is a truly people-led campaign. The aim is to talk to thousands of people during the day, discussing some of the problems that exist in our current system, and how PR can help solve those issues. I would encourage everyone to make their way down to their closest event on the day; but especially first-time voters, young people, or anyone who has ever felt the need to vote tactically. This is an opportunity to demonstrate the burning need for a healthier, better democracy in the UK.

I hope that by the time I am voting in the next General Election, my vote and the votes of my generation will finally be counted equally in a truly democratic system. By joining Make Votes Matter, I am contributing in a small way to making that hope a reality.

How to get involved:

You can find a map here directing you to your closest event, and you can sign up to join the movement for Proportional Representation here.

It's Time For Your Business To Embrace Outsourcing

TERF activists are weakening the LGBT+ community: Why doesn't the movement respond?

TERF activists are weakening the LGBT+ community: Why doesn't the movement respond?