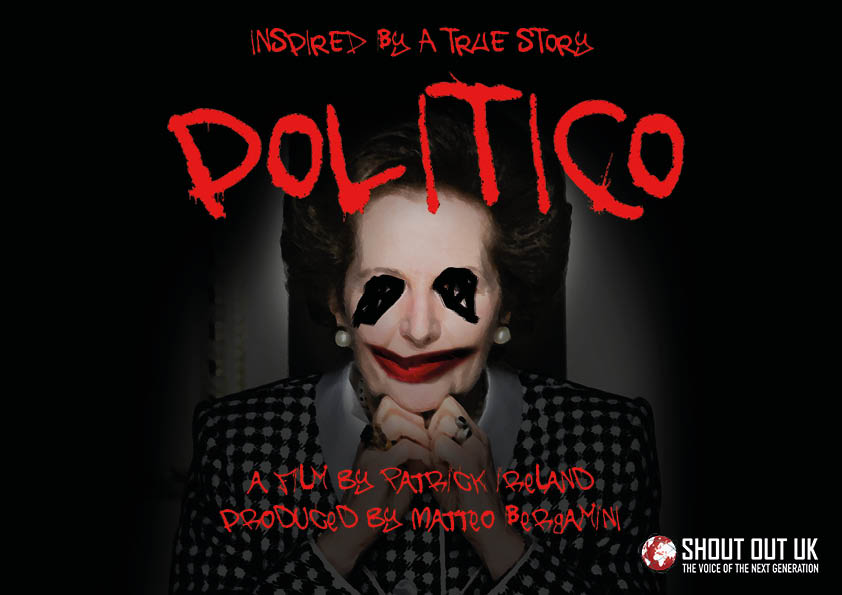 Politico is a dark political drama produced by Shout Out UK and inspired by the 2015 Conservative Future bullying scandal.

Henry Little is an aspiring politico with big ambitions. After graduating from university, he snags a job at the prestigious Young Libertarians Society where he is slowly drawn into Westminster’s seedy world of sex, blackmail and Machiavellian-like schemers.

Written & Directed by Patrick Ireland and Produced by Matteo Bergamini. The third cinematic collaboration between the duo – following Anonymous: A Million Men (2015) and One in a Million (2016).