The Director – A Comedy About Homelessness

Lights! Camera! Action! The Director is a black, social comedy which revolves around a young filmmaker’s desperate attempts to make a serious documentary on homelessness. Things rapidly spiral out of control in this powerful comedy with a social heart and important moral message.

Homelessness is one of the most significant and controversial issues facing modern society. According to the most recent statistics, there are more than 6000 people living on the streets of London. Moreover, homeless people are often thought of as being lazy, criminal or drug addicts – but this just ISN’T the case.

Shout Out UK, the makers of both ‘Anonymous: A Million Men’ and ‘One in a Million’, have produced a film that explores some of these issues in an entertaining, satirical and subversive way. Rather than making a serious documentary however, done many times before in the past, the Creative Team have instead attempted to produce something a little different when it comes to discussing these important political and social issues.

The film is produced exclusively by Shout Out UK and available as part of their Political Literacy Subscription package for schools.

Directed & Co-Written by Patrick Ireland and Produced by Matteo Bergamini. 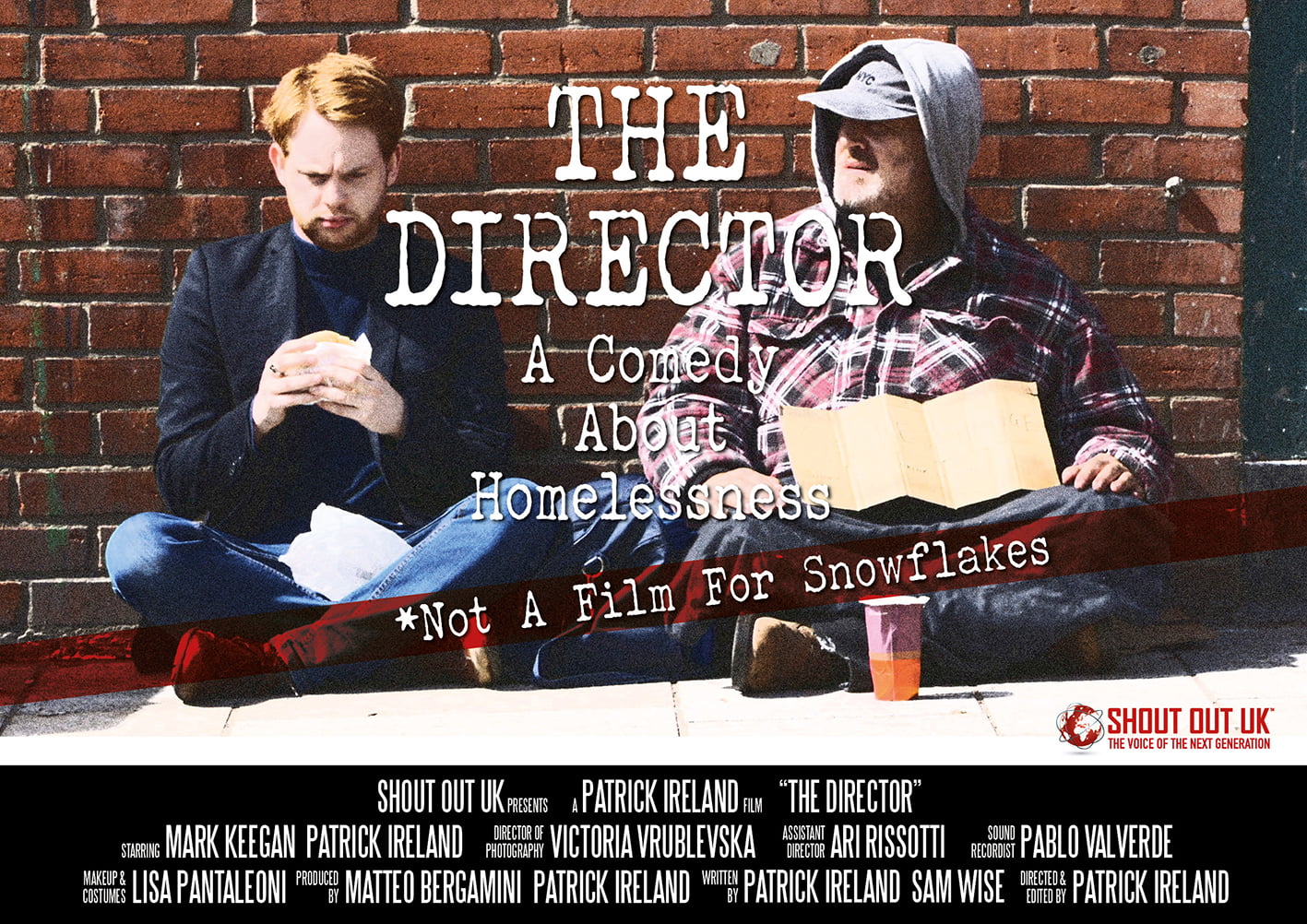